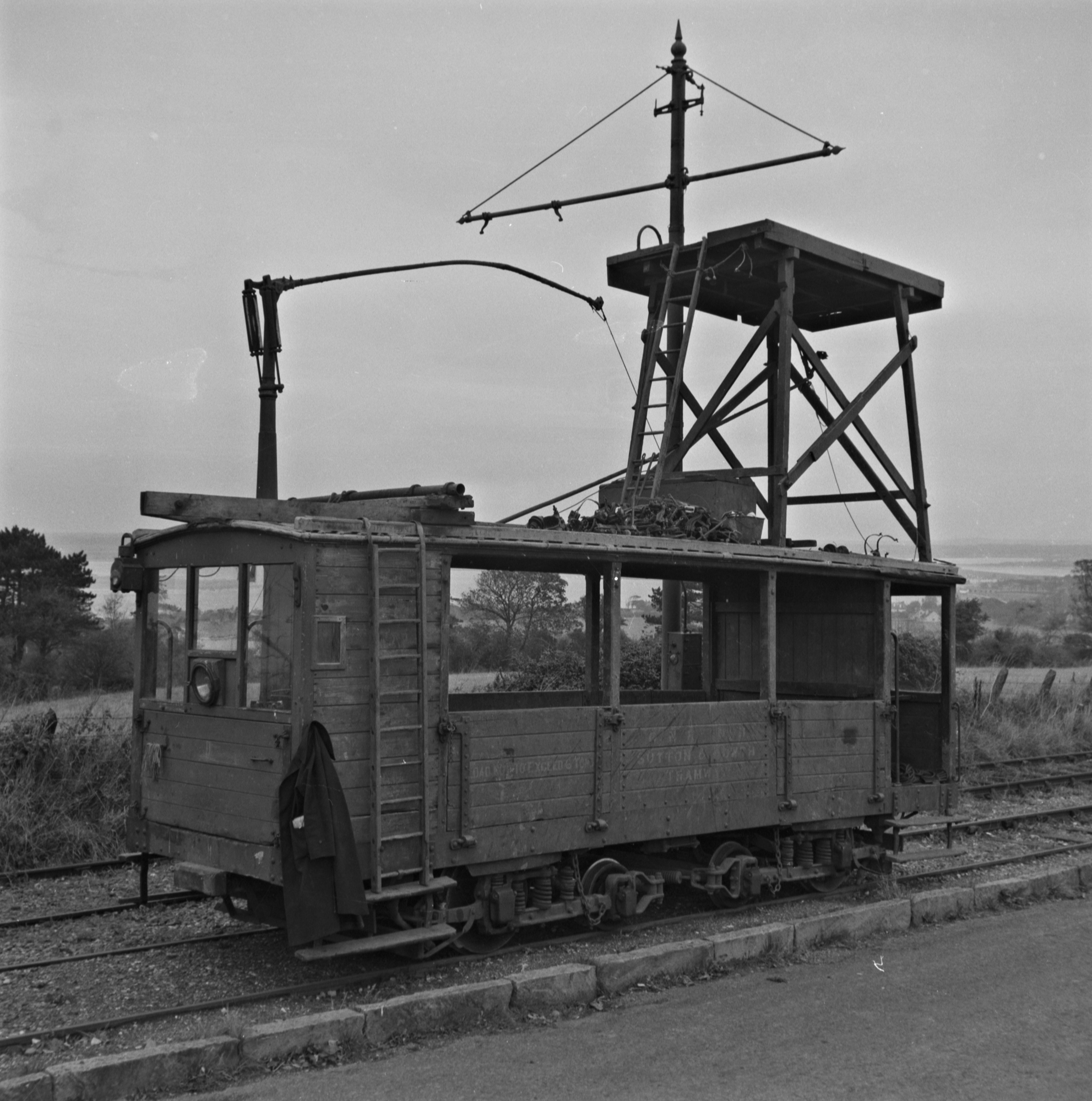 Try to find the date or year when this image was made.
Thanks for contributing!
This is the demolition of the Hill of Howth Tramway.

The Howth Tram was a tram which circled Howth Head, near Dublin, Ireland, beginning and terminating at Sutton railway station. It operated from June 1901 to 31 May 1959 and was run by the Great Northern Railway (Ireland) (GNR), which viewed it as a way to bring more customers to its railway stations at Sutton and Howth.

Thanks to Niall McAuley and sharon.corbet for the location information.

I seem to remember reading of a scheme to reopen this tramway a few years ago?