The road to Newcastle Co. Down 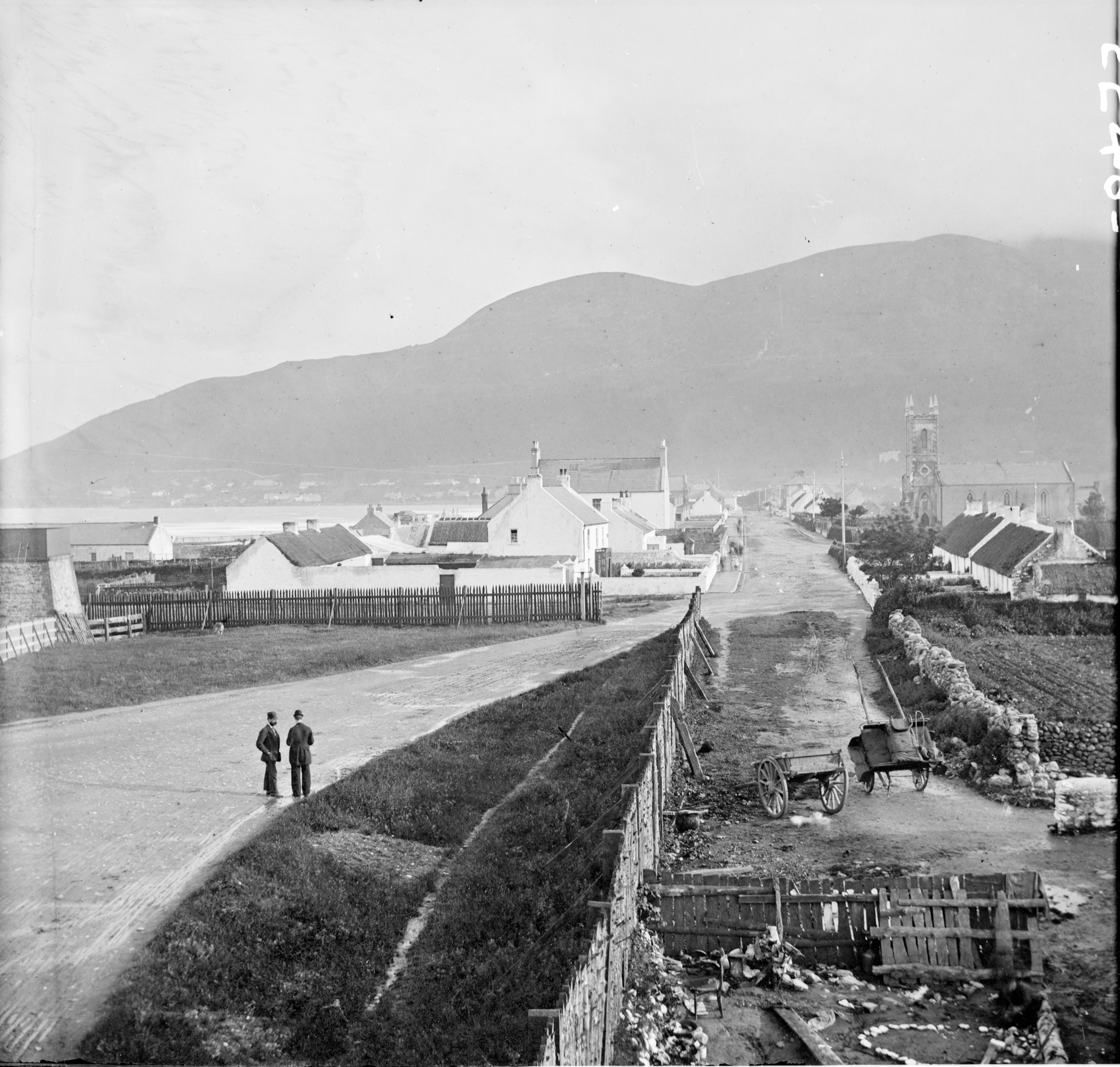 Try to find the date or year when this image was made.
Thanks for contributing!
Street in small country town, mainly 1-storey houses including, many thatched, church, square tower four spirelets, wooded and bare hill in background.

The location of this photo was identified in a flash by derangedlemur as Newcastle Co. Down. Slieve Donard in the background was the big hint.

Slieve Donard from Irish: Sliabh Dónairt, meaning "Dónairt's mountain") is an 850-metre (2,790 ft) mountain in County Down, Northern Ireland. Part of the Mourne Mountains, it is the highest peak in Northern Ireland and in the wider province of Ulster.