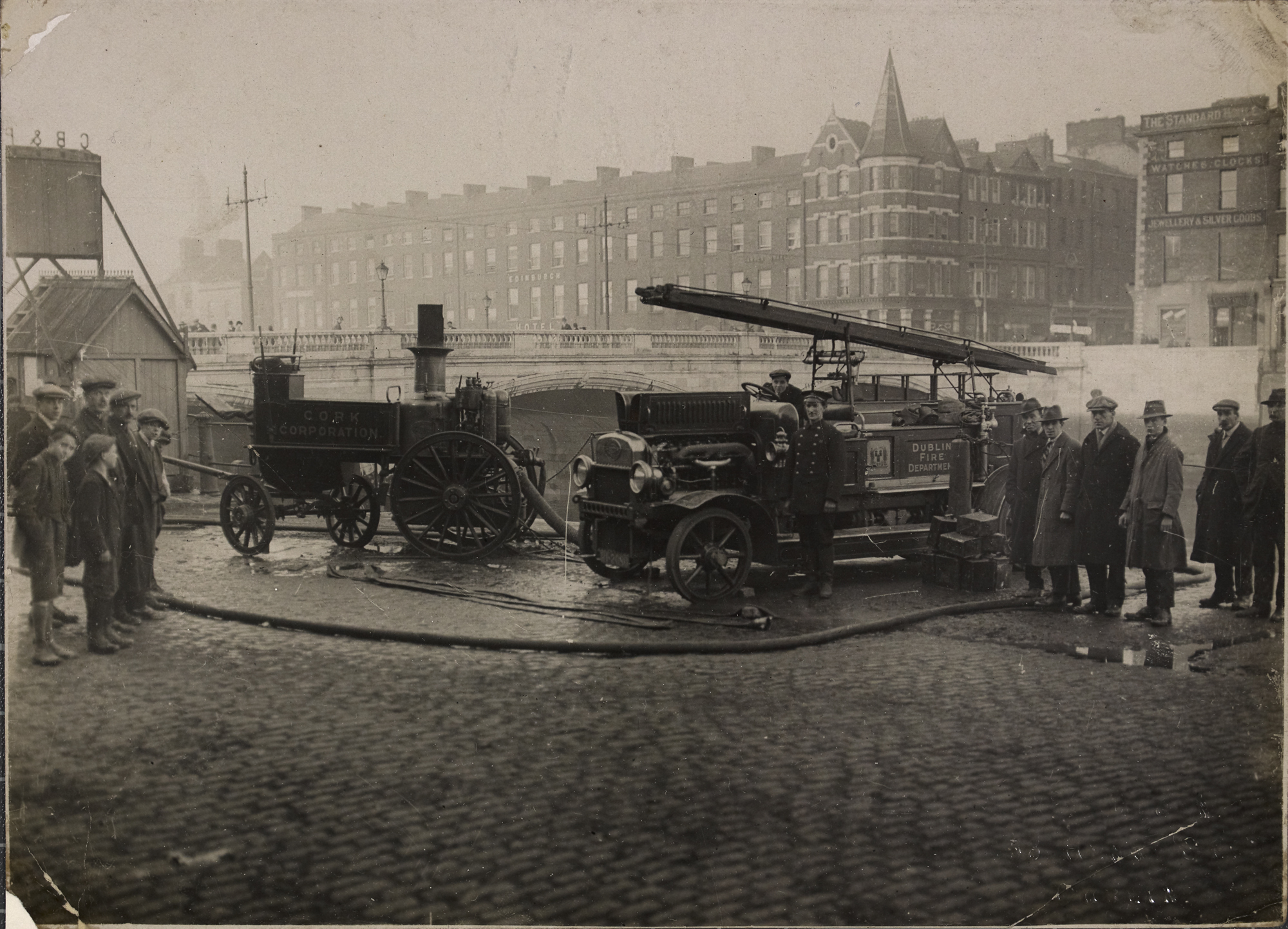 Try to find the date or year when this image was made.
Thanks for contributing!
Dublin and Cork fire brigade appliances.

OwenMacC Tells us that the Dublin vehicle is a Leyland, "In 1909 the Chief Fire Officer of Dublin arrived at the Leyland works and told the astounded company that he had decided that they built the finest petrol truck chassis in the country, and that nothing but the best would be good enough for his proposed new fire engine. Though Leyland protested that they knew nothing of fire engine design, the astute fireman had come armed with his own ideal specification and Leyland agreed to build his engine"