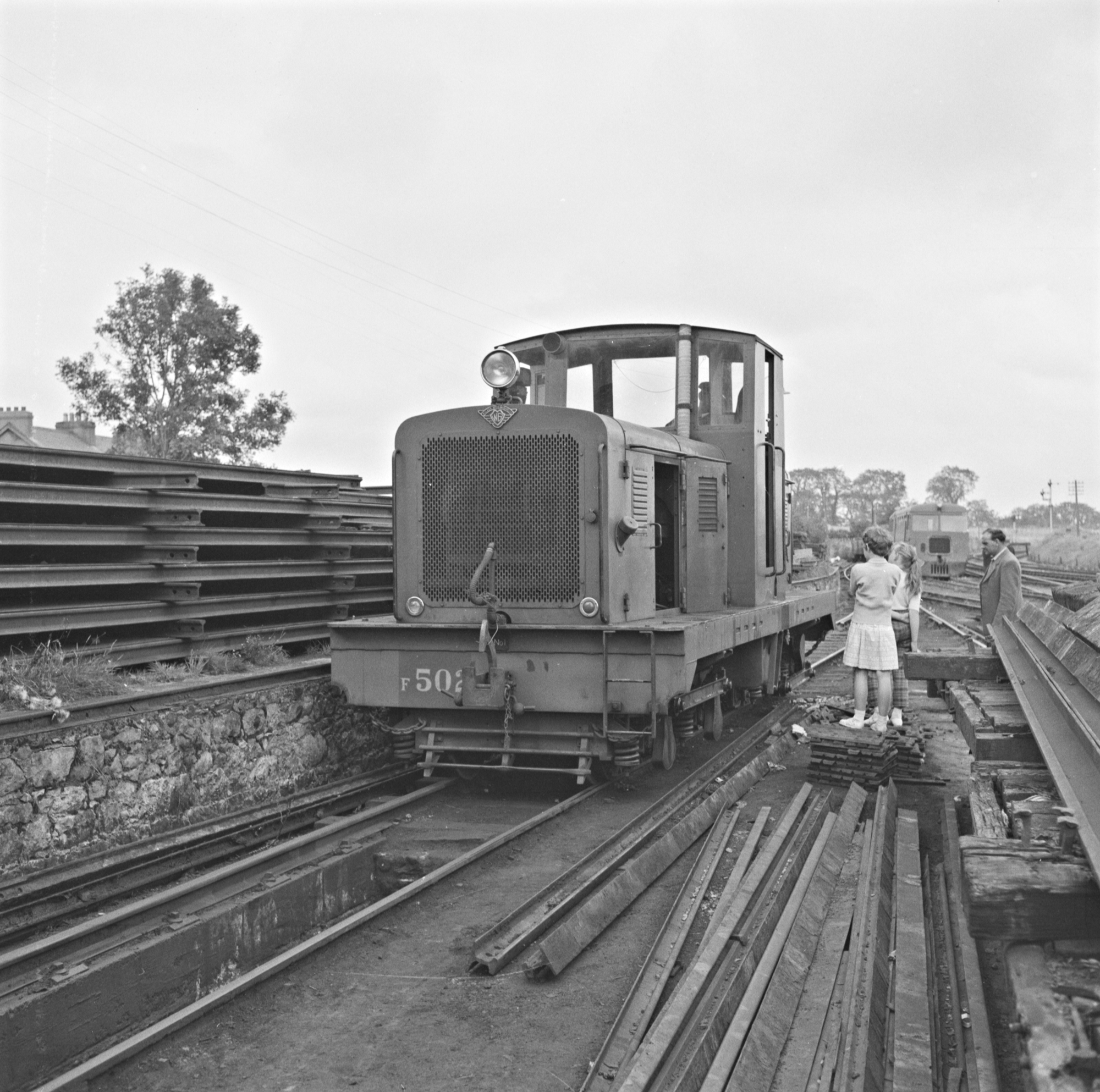 Try to find the date or year when this image was made.
Thanks for contributing!
F502 on rail train, Ennis, Co. Clare.

The Córas Iompair Éireann 501 Class locomotives were built in 1955 by Walker Brothers Limited of Wigan, Lancashire for use on the narrow gauge (3 feet) lines on the West Clare section of CIÉ. They were small diesel mechanical locomotives, of 0-4-0+0-4-0 wheel arrangement. Controlled from a central cab the locomotives had two Gardner engines of 224 hp, one under each end casing, driving through a fluid coupling and Wilson gear box the inner axle of the opposite bogie, through a spiral-bevel-reverse and reduction gear box.

Paddywhack56 Tells us that it is a Walker Bros (Wigan) railcar in the background similar to those used on the Co Donegal Railway.