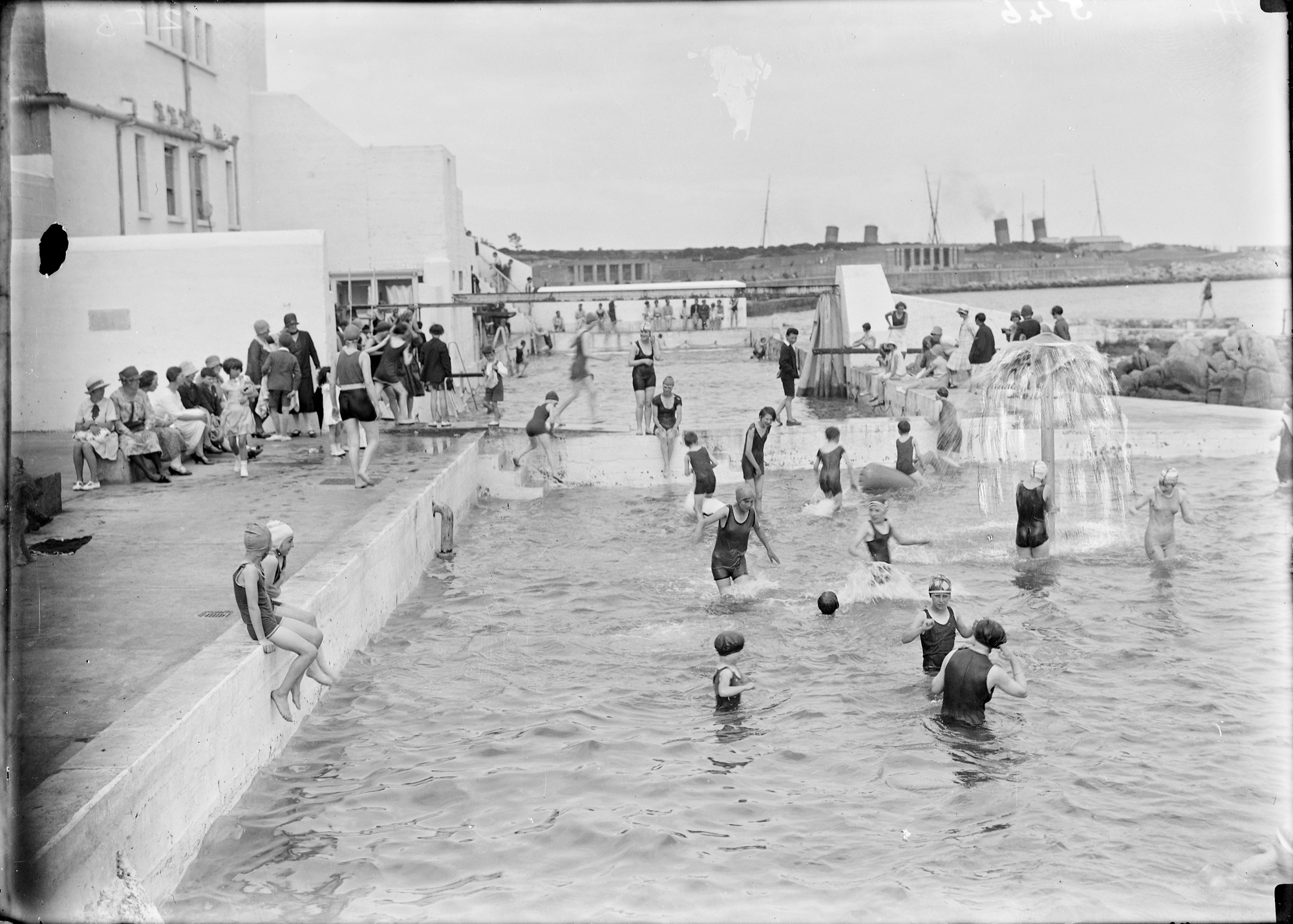 Try to find the date or year when this image was made.
Thanks for contributing!
People in bathing costumes in outdoor swimming pool, pier and ship visible in background.

Thanks to sharon.corbet we know this photo is of the Public baths at Dun Laoghaire, Co Dublin. Sharon tells us that the baths were later transformed into Rainbow Rapids. The site has been derelict since the 1990s.

There are plans to improve the site over the next few years.

Dun Laoghaire was home town to OwenMacC where he enjoyed many days at the baths. Just from the sight of the ships funnels in the background he was able to identify the ships as the Cambria and the Hibernia, both served from 1921-1949.