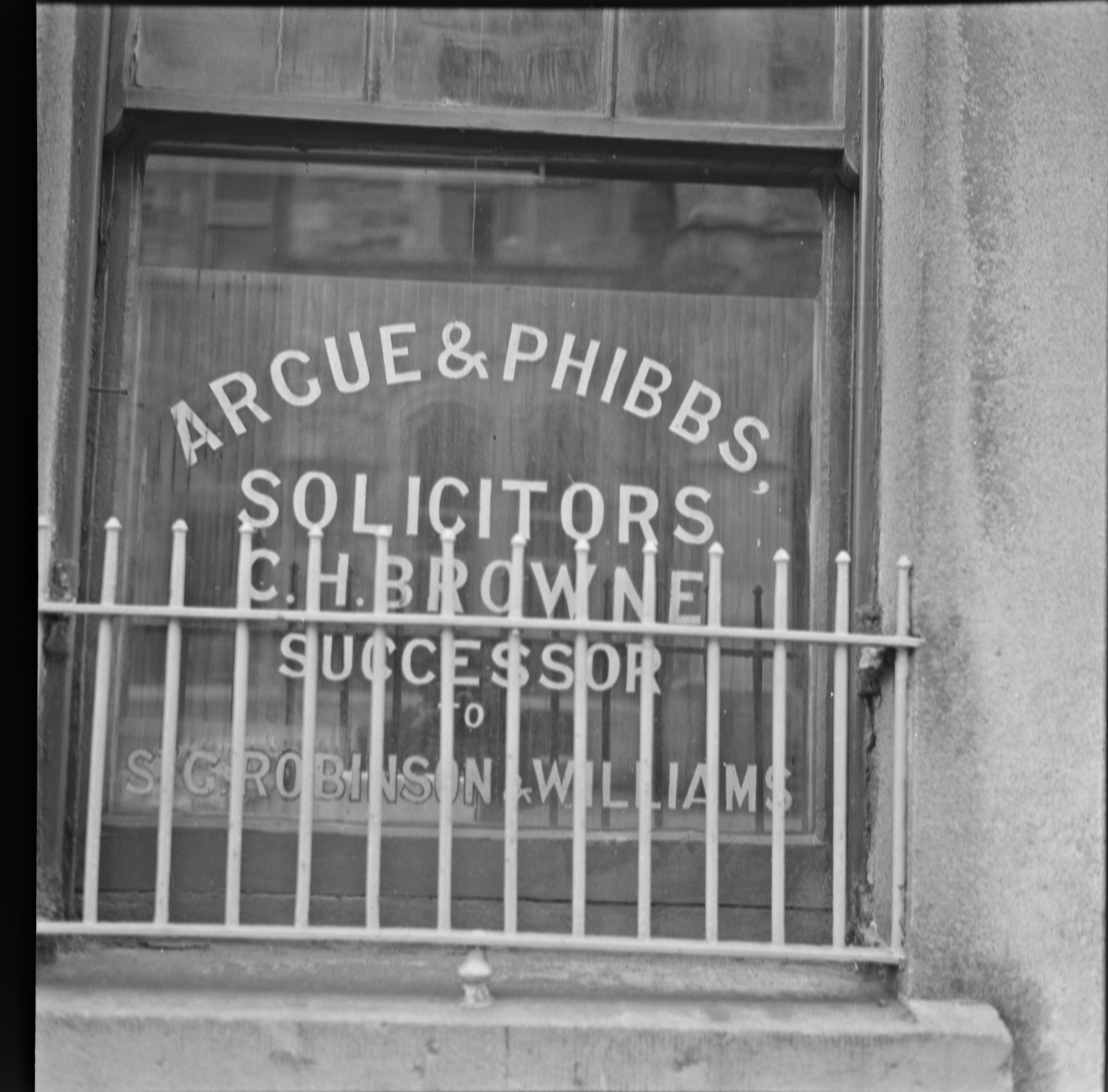 Try to find the date or year when this image was made.
Thanks for contributing!
Solicitors window, Sligo, Co. Sligo.

No this is not an April fools prank, there really was a firm of Solicitors in Sligo named Argue & Phibbs. Please read the comments below for some other (in)appropriately named firms.

The partnership started in 1919 and the main men were Mr William Argue and Mr William Talbot Phibbs. The firm continued to trade (surely Solicitors do not trade!) as "Argue & Phibbs" until the death of Mr Phibbs in 1944. From www.sligotown.net