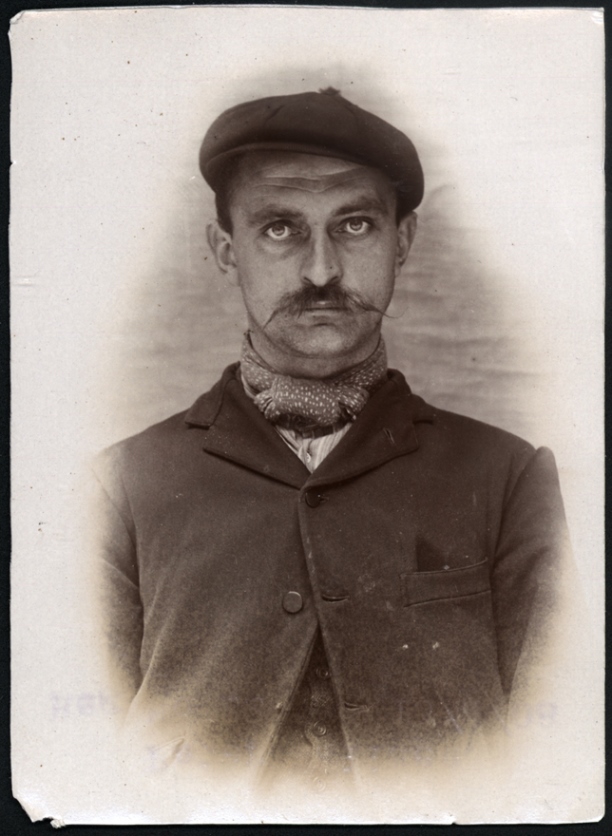 Try to find the date or year when this image was made.
Thanks for contributing!
Name: Peter Wallace
Arrested for: not given
Arrested at: North Shields Police Station
Arrested on: 13 April 1908
Tyne and Wear Archives ref: DX1388-1-125-Peter Wallace

"THEFT OF MEAT AT NORTH SHIELDS.

The prosecutor stated that on Saturday night, from what he was told by a girl named Scott, he went outside his shop and saw the prisoner, who had a piece of meat concealed underneath his coat. He asked him why he had taken it and he replied that he was prepared to pay for it. He gave information to the police.

Mary Ann Scott said she saw the accused take the meat and informed Mr Walton. An officer deposed to arresting the prisoner in a public house in Middle Street. Accused said he was drunk at the time and did not know what he was doing. In reply to the Chairman, the prisoner said he was a single man and that he was not out of employment. He was very sorry for what he had done.

The Chairman said it seemed that the accused was not a confirmed thief but he had committed theft and would have to be punished. He would be fined 10s, including costs."