St Saviour's Church and the Tait Memorial Clock in Limerick 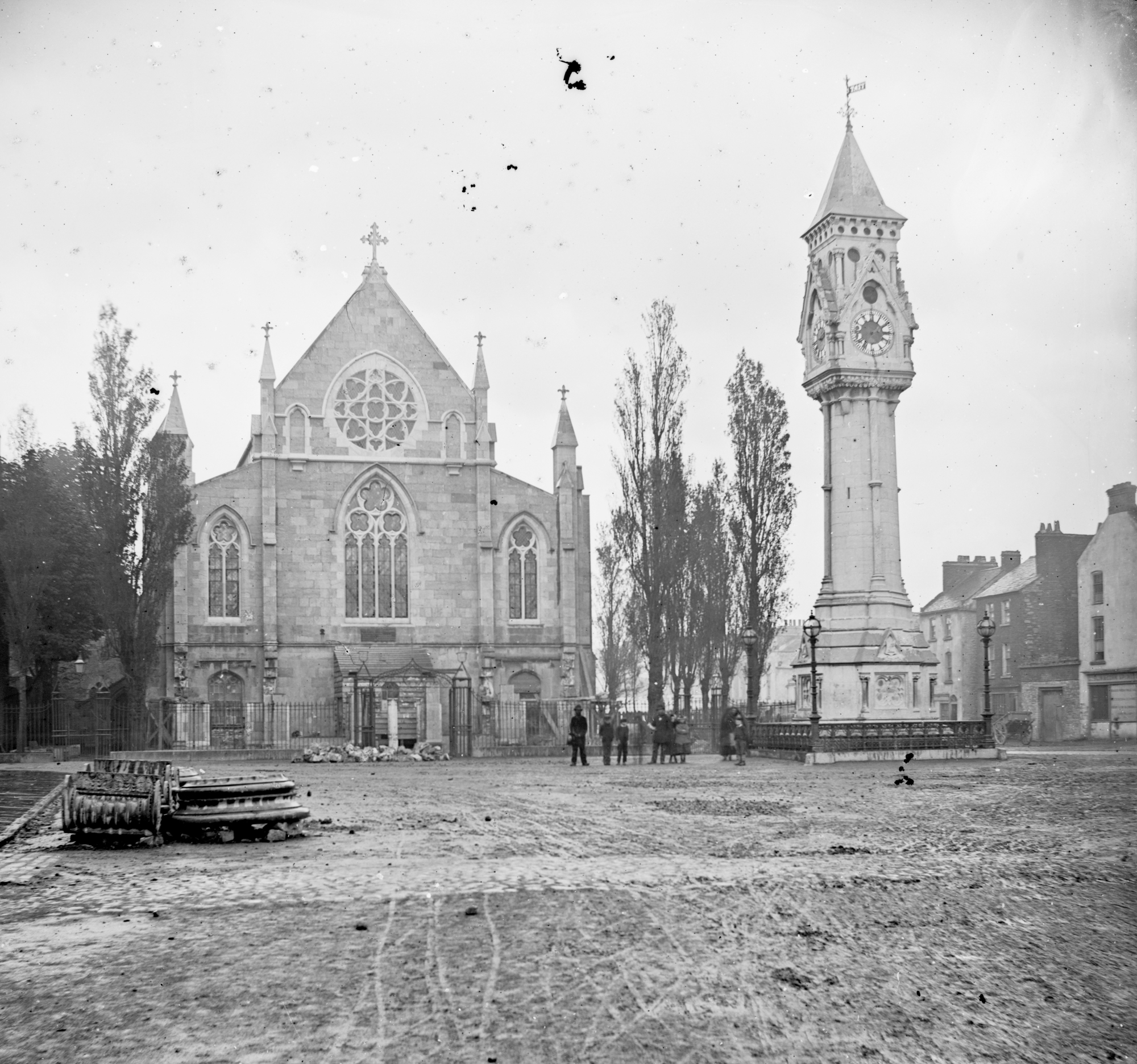 Try to find the date or year when this image was made.
Thanks for contributing!
sharon.corbet had the location identified within minutes. This is St Saviour's Church and The Tait Memorial clock in Limerick.

The Clock was first erected in 1867, it commemorates Sir Peter Tait who was mayor of Limerick from 1866 to 1868. Taits Clock is located in Bakers place across from the Dominican Cathedral. The architect of the clock was Charles Corbett. Though Sharon Corbet points out "Both the NIAH and the DIA claim that it was William Edward rather than Charles Corbett who designed the clock."

Niall McAuley narrowed the date from its original 1860-1883 to between 1867 (or later) and 1870 (or earlier); quite a narrow date range for the stereo pair collection.

John Spooner and DannyM8 are not sure if the two faces of the clock are telling different times. If they are it could narrow the date range by a year or so:

The clock was damaged in a serious disturbance, probably during the elections in late 1868, but definitely before January 1869, when the ensuing enquiry took place, and it still wasn't working in August 1869 when the Corporation of Limerick invited tenders for its repair.

From info in the Limerick Reporter.