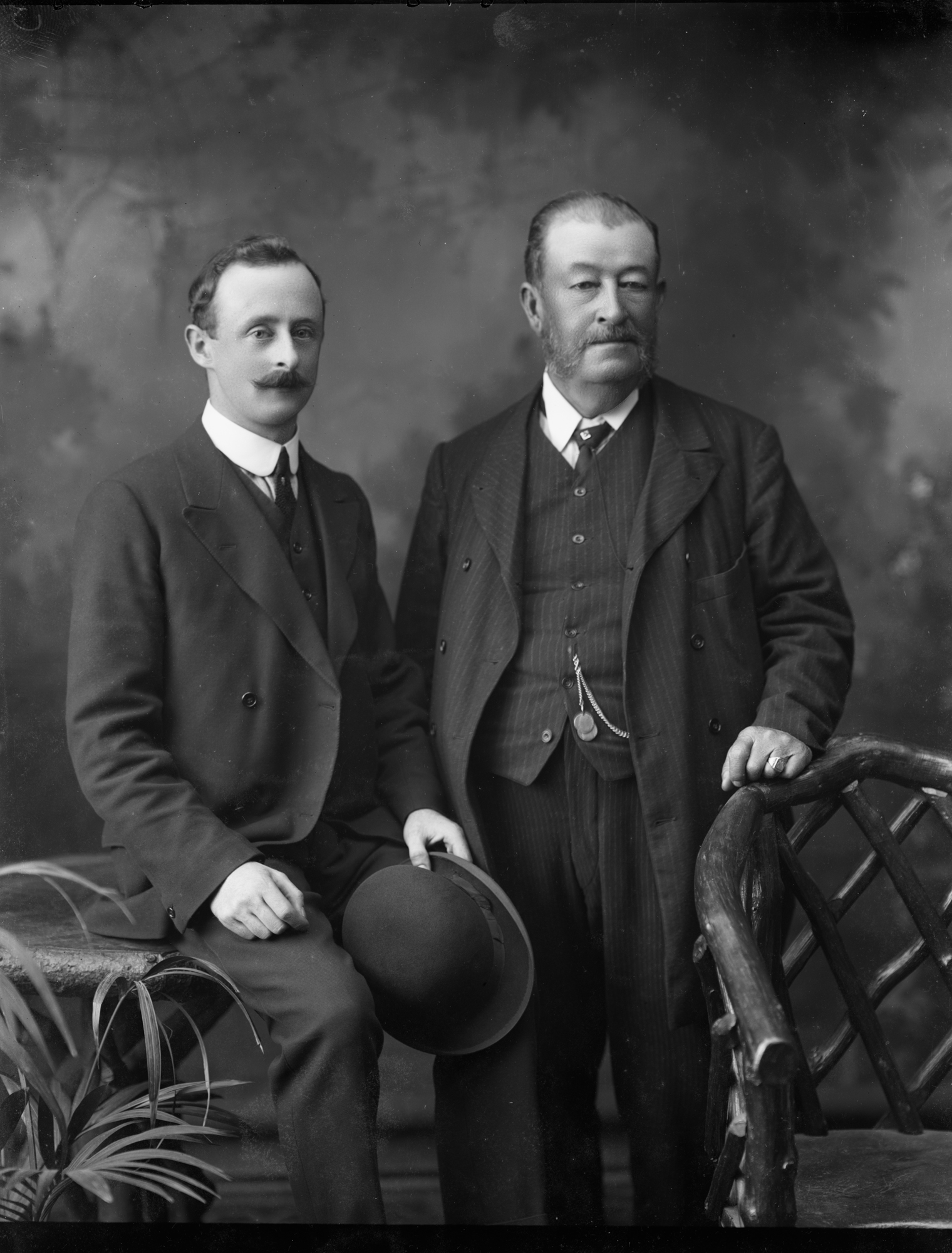 Try to find the date or year when this image was made.
Thanks for contributing!
I think DannyM8 might have finally cracked this one. He proposes John A. Sinnott as the older man and his nephew John Nicholas Scallan a recently qualified a solicitor as the younger man. Sharon thinks the photo may have been taken at the time Scallan joined his uncles firm.

John N. Scallon gets married in 1909 and by that time the marriage notice mentions his late uncle - John A. Sinnott.

I note that John A. Sinnotts father was Nicholas.

sharon.corbet Sharon finds John Nicholas in the 1901 census as a Solicitors Apprentice.

Therefore I am going to use the People Identified tag, which has been redundant for a while!!

Niall McAuley and sharon.corbet Think the younger man might be Michael O'Dempsey and they point to a document that shows he was shot as a spy in 1922 - see here, it is worth a read

Having made the error of posting this photo for a second time and then seeing the interest it generated we may do the same again - watch this space!!


You can also view this image, and many thousands of others, on the NLI’s catalogue at catalogue.nli.ie