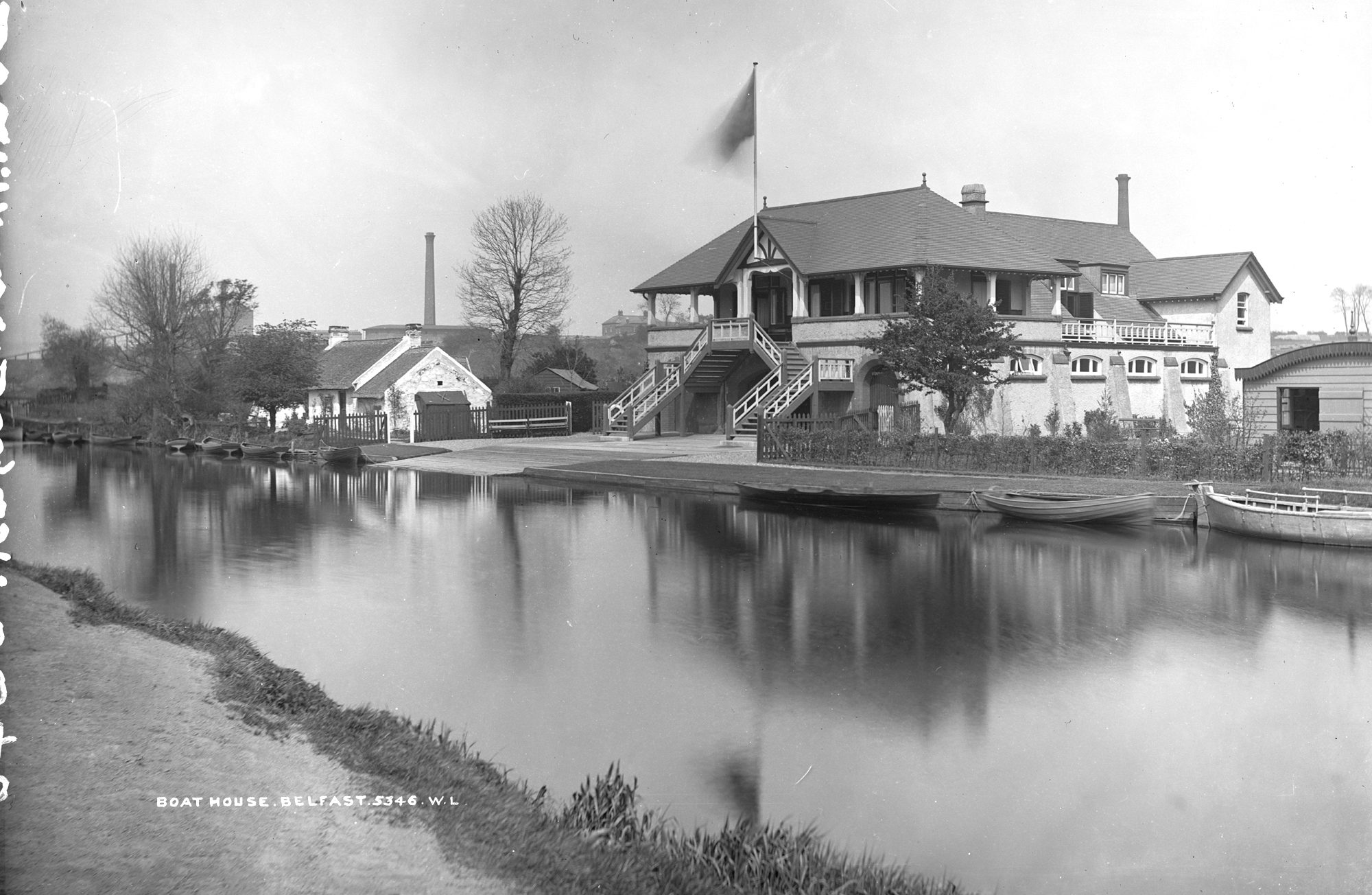 Try to find the date or year when this image was made.
Thanks for contributing!
sharon.corbet tells us that the building was erected in 1897 so I have adjusted the dates to reflect that fact.

There is a Titanic connection in that the building was opened in 1898 by Mrs W J Pirrie, wife of the managing director of Harland and Wolff; among the well-wishers was Mr Gustav Wolff, also representing Belfast craft of a larger size.

Our resident Oarsman (retired?) swordscookie Tells us "I was rowing in the late 60's and early '70's and before the Troubles Belfast was a key regatta as were Banbridge, Portadown and the Portora Head of the River! We were in Belfast in 1970 and changed, got our boats ready here! I remember it well but even more the Lagan course which was like a series of S hooks!"

The saddest note comes from robinparkes who posts his picture of the destroyed club house after a IRA bomb in 1972..