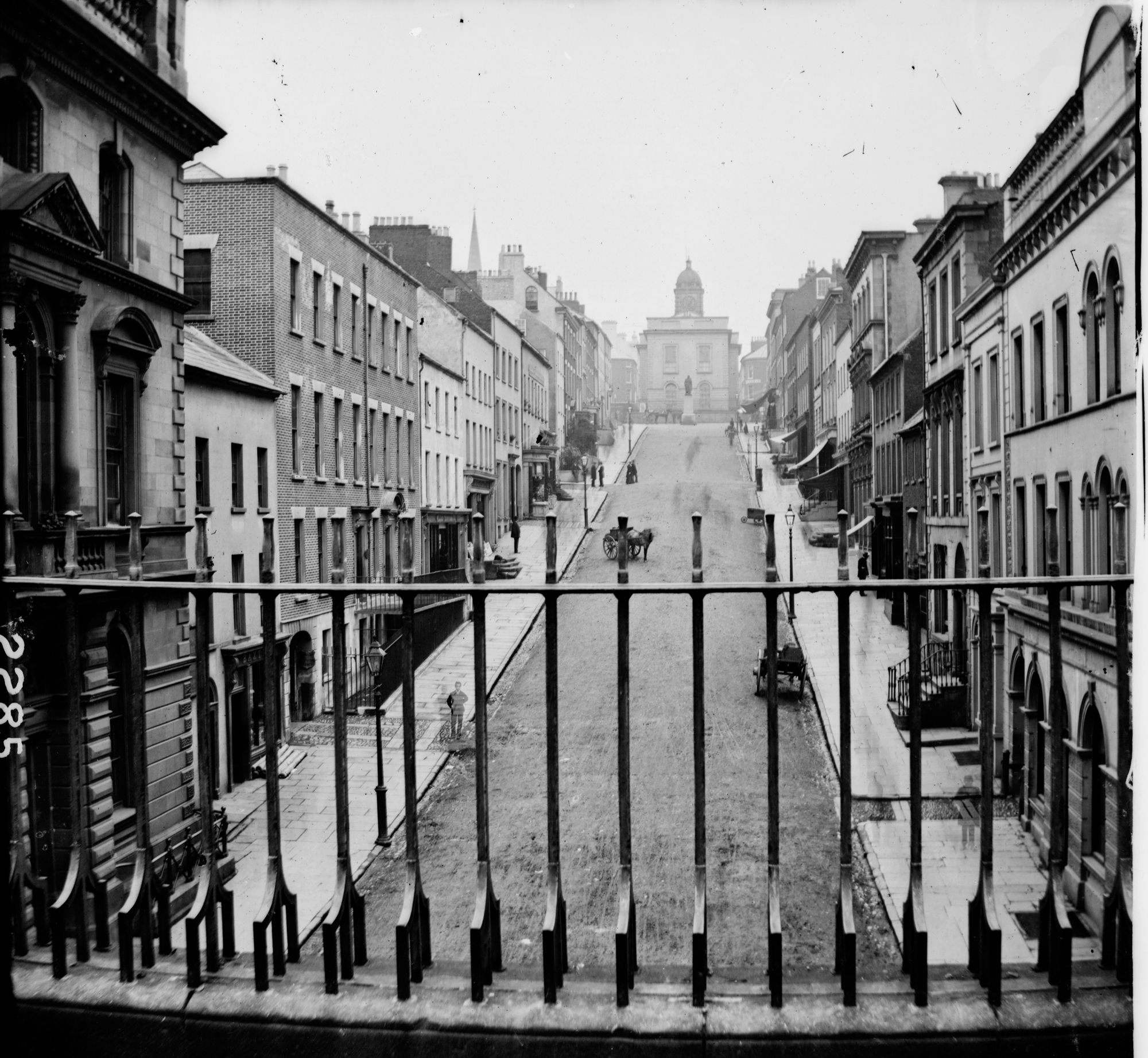 Try to find the date or year when this image was made.
Thanks for contributing!
This is one of a stereo pair from the Lawrence Collection. The title is "Low angle railings Civil Building with clock tower and dome, statue with small plinth in front. Lisburn, Co. Antrim.

Location Identified - derangedlemur Niall McAuley and sharon.corbet have shown this not to be Lisburn as noted in the title, but actually Derry/Londonderry, Shipquay Street to be precise, well done you three.

A little information on the Collection. The Stereo Pairs Photograph Collection was acquired by the National Library with the Lawrence Collection, though it has always been considered a separate collection as the images cover an earlier period than the main Lawrence Collection, are a different format and were not created by the Lawrence firm. The stereographic negatives in the collection were the work of Dublin photographers James Simonton and Frederick Holland Mares and were acquired, probably purchased, by John Fortune Lawrence, a brother of William Mervyn Lawrence. They were printed and marketed by William Lawrence until the popularity of stereos waned in the 1880's.