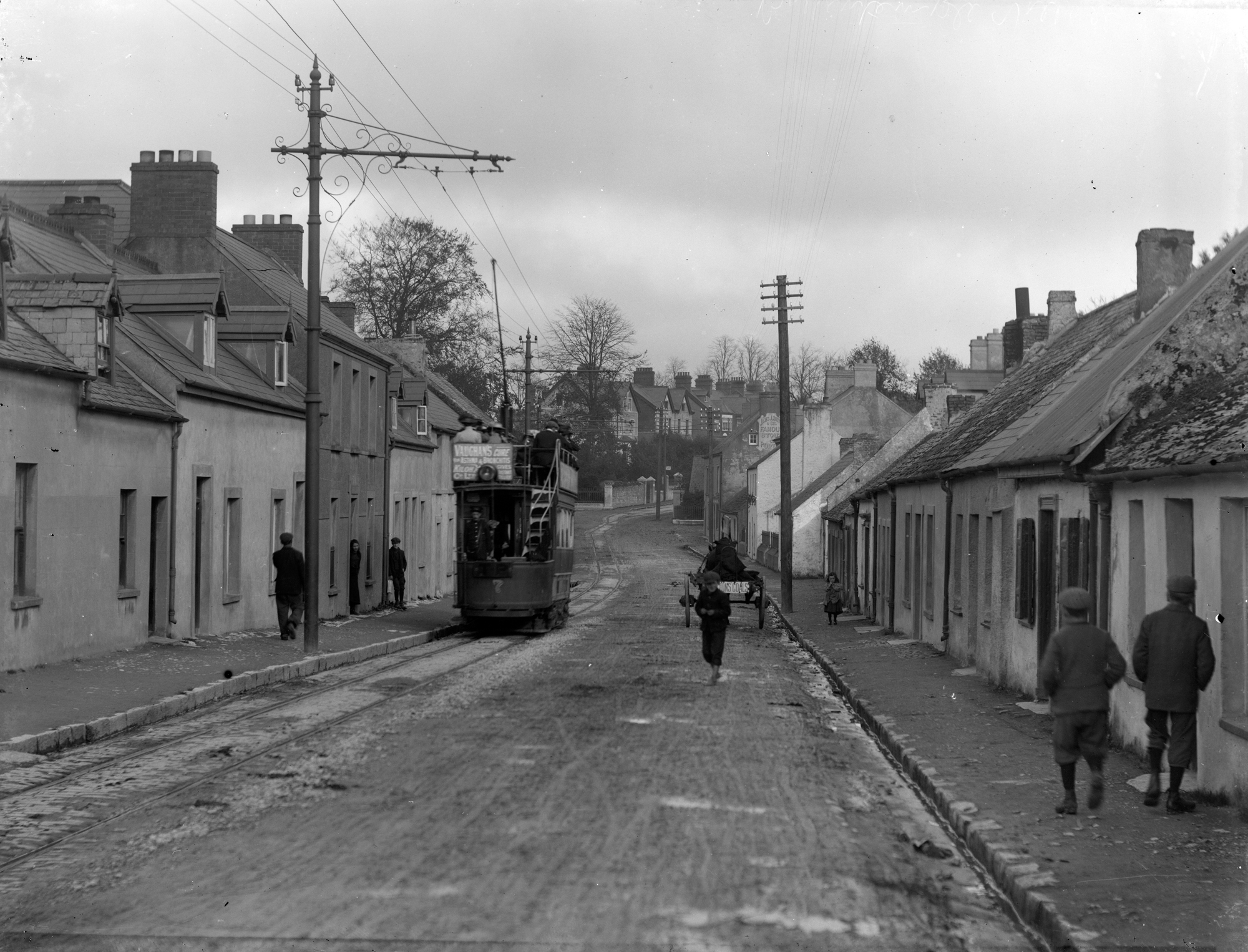 Try to find the date or year when this image was made.
Thanks for contributing!
This narrow street with an open top electric tram has lots of people about.

roaming paddy Was spot on with the location very early in the day, Location Identified as Blackrock Road, Ballintemple, Cork.

Niall McAuley points us to the Cork City Councils website - www.Corkpastandpresent.ie where we get a little history on the use of electric trams in Cork.

"Cork's electric tramway system began operating on 22 December 1898. The hub of the system was near the Father Mathew Statue in St Patrick's Street. The trams operated from 7.30 am to 11.00 pm every day of the week. The tram shown at St Luke's would have served the Summerhill-Sunday's Well route. The other routes were Blackpool-Douglas and Tivoli-Blackrock. The arrival of the bus service and the increasing use of the motor car after the 1920s spelt the end for the tramway system. Cork bade farewell to its trams on 30 September 1931."