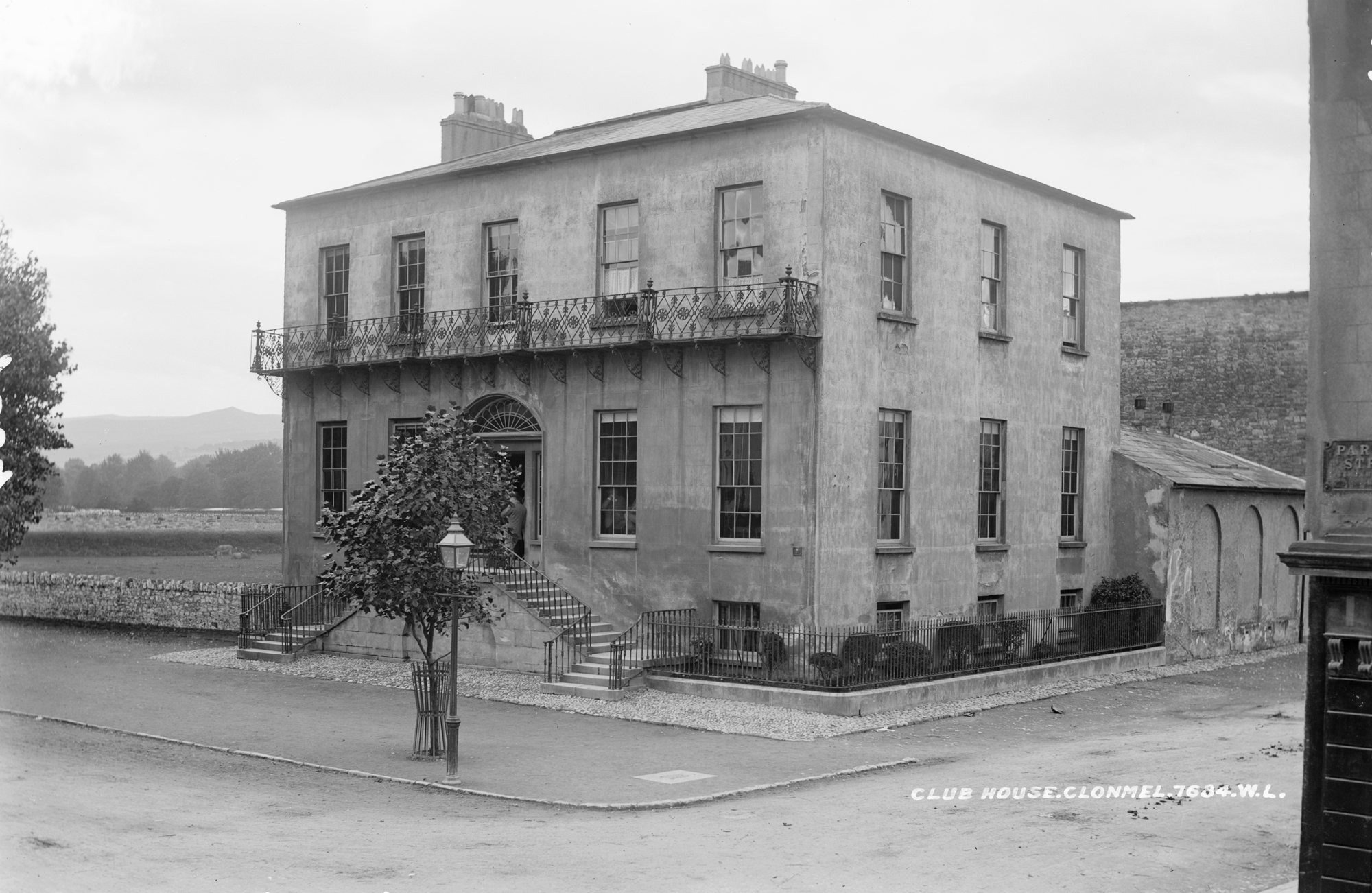 Try to find the date or year when this image was made.
Thanks for contributing!
It transpires that this is the Tipperary County Club, it also transpires that there is very little information about the club on the web. However we did discover that the club was founded in 1836 and that Lord Lismore was Chairman for a period.

Billiards were played at the club and the Club Manager in 1901 was William Henry Chapman.

Sharon rediscovered the concept of a "Surprise Party" a concept I believe we should all work together to bring it back into vogue. I think you will get the jist of it from Sharons post from 1912

"At Clonmel a few nights ago a big crowd of gay young revellers of both sexes, all armed with eligible supplies of "provender," solid and liquid, met by appointment at the County Club, and proceeded in motors and carriages to "Salisbury," the stately residence of Mr and Mrs Cleeve. Captain Lord, dressed as a highwayman, rode in front of the procession, and on arrival knocked loudly for admittance. The owner of the disturbed mansion came to the door in his dressing-gown, the servants having retired, and surveyed the scene by the light of a candle which he carried...

We are not told if they were welcomed in by Mr Cleeve, surely they were offered some toffee and condensed milk!!