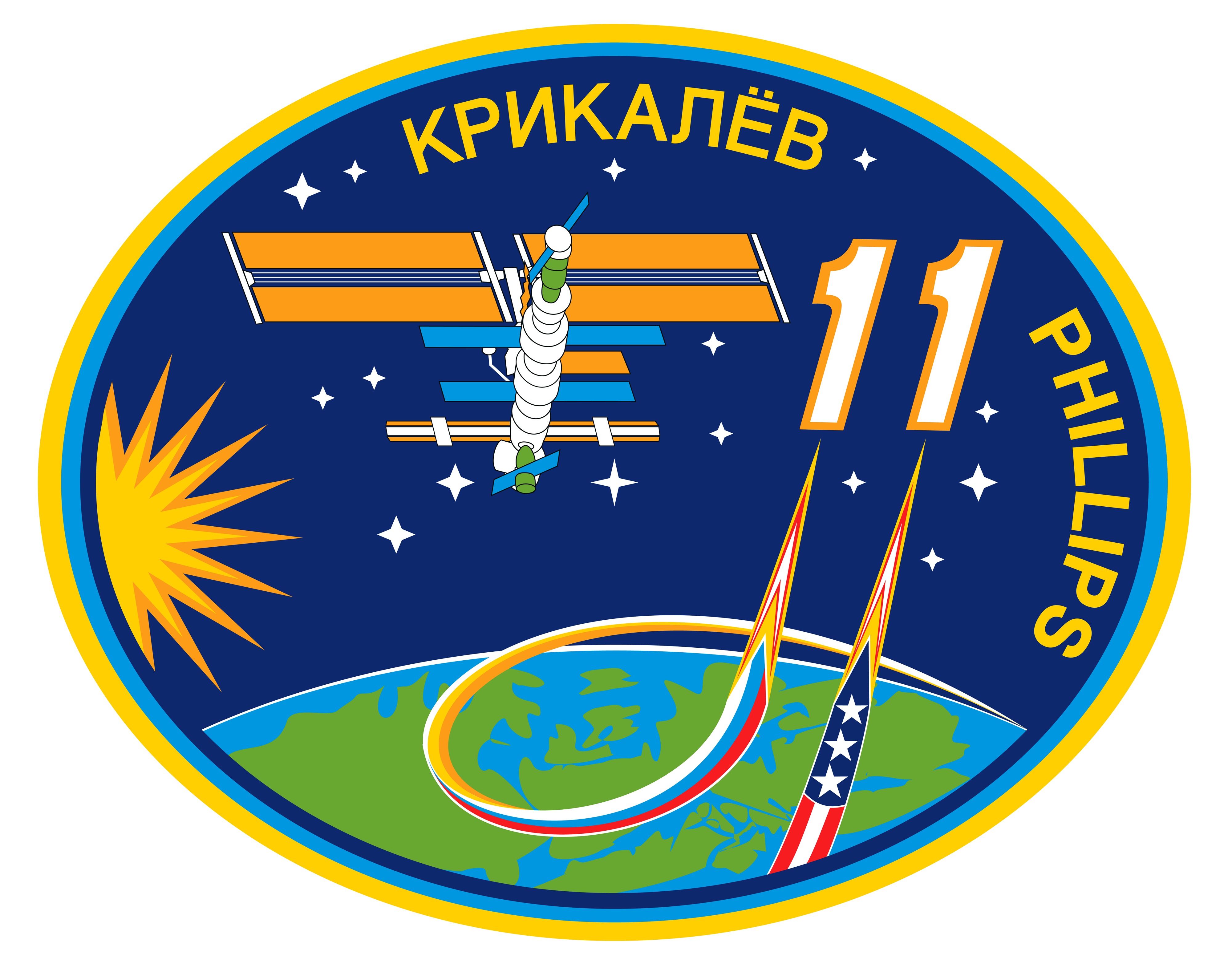 The emblem of the eleventh expedition to the International Space Station (ISS) emphasizes the roles of the United States and the Russian Federation in the multinational ISS partnership. The two rocket plumes, in the style of the flags of these two nations, represent the Russian Soyuz vehicles and the American Space Shuttles. The ISS image shows the configuration of the orbiting Station at the start of the expedition, with docked Soyuz and Progress vehicles and the huge American solar panels. The names of the two crew members are shown on the margin of the patch. ISS Commander Sergei Krikalev and John Phillips, NASA ISS science officer and flight engineer, are expected to launch on a Soyuz vehicle and to be in orbit during the return to flight of the Space Shuttle. The crew explains, “The beauty of our home planet and the vivid contrasts of the space environment are shown by the blue and green Earth with the Space Station orbiting overhead, and by the bright stars, dark sky, and dazzling sun.”