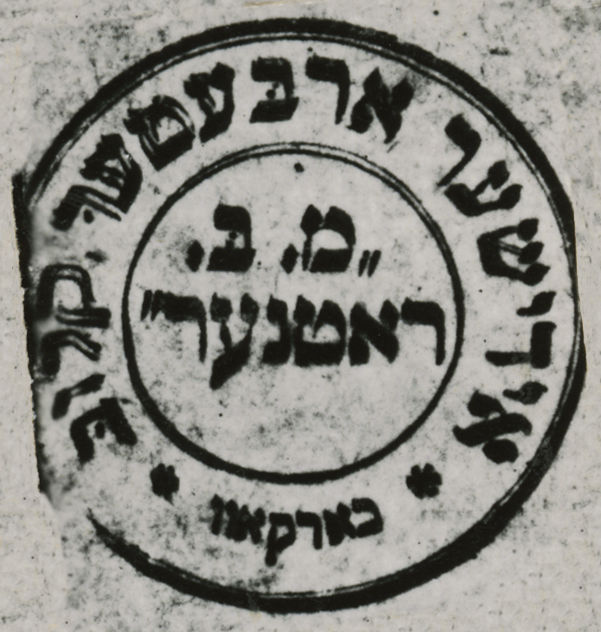 This book stamp belongs to a Jewish Workers Club named for the socialist leader and lawyer Marc Borisovich Ratner. Ratner was involved in socialist politics from an early age – and though his political involvement often disrupted his studies he eventually became a lawyer. In practicing law, Ratner developed a reputation for defending those involved in political struggle as well as acting as a prosecutor in trials related to pogroms. Ratner was a prominent member and leader of the Jewish Socialist Workers’ Party – in which he represented the populist socialist-revolutionary trend; at the 1907 Congress of the Socialist International (1910) Ratner was involved in the campaign for the recognition of a Jewish section of the International. Prominent as an activist, legal advocate, and writer – Ratner’s memory was carried on by many after he died in 1917. Jewish Workers Clubs were a common feature of cities with sizable Jewish populations in the years following the Russian Revolution. As there were many different tendencies within Jewish political ideology – from socialism to Zionism to labor Zionism – it was common for Jewish Workers Clubs to take on the name of a figure associated with a particular set of ideas.