Image from page 342 of "Portraits, memoirs, and characters, of remarkable persons, from the revolution in 1688 to the end of the reign of George II. Collected from the most authentic accounts extant" (1820) 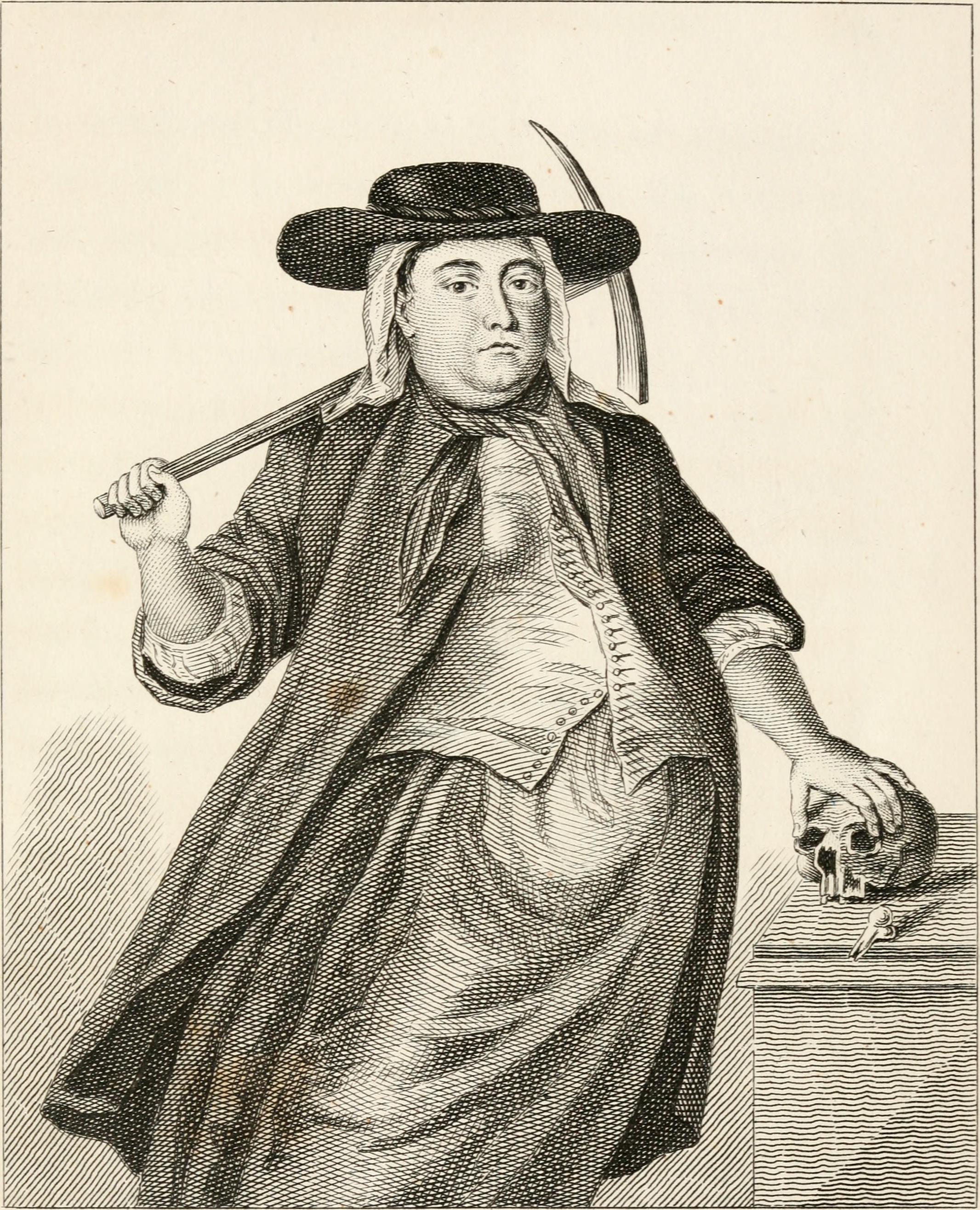 Try to find the date or year when this image was made.
Thanks for contributing!
Identifier: portraitsmemoirs03caul
Title: Portraits, memoirs, and characters, of remarkable persons, from the revolution in 1688 to the end of the reign of George II. Collected from the most authentic accounts extant
Year: 1820 (1820s)
Authors: Caulfield, James, 1764-1826
Subjects: Great Britain -- Biography
Publisher: London, T. H. Whitely
Contributing Library: New York Public Library
Digitizing Sponsor: MSN


Text Appearing Before Image:
?$ammertotu WE very often find women take upon themselves.occupations inconsistent to their sex, and only berfitting man. Of such was Hester Hammerton. Shewas born at Kingston-upon-Thames, Surrey, andbaptized there, March 16, 1711. Her father, Abrarham Hammerton, was for many years sexton andgrave-digger to the parish ; and in the latter employ-ment was occasionally assisted by his daughter. Onthe 2d of March, 1730. a dreadful accident haprpened, in which Hester nearly lost her life. Herselfarid father, with Thomas German, Hammertons son-in-law, were preparing a grave for the remains of aMr. .George Hammond, of London, in the ancientchapel of St. Mary, adjoining to the south side of thechurch ; but digging too near one of the main pillars,the whole chapel fell down, and buried them in theruins, By this accident, Abraham Hammertoq,Richard Milles, and Sarah Smith, were killed on thespot. Hester and her brother-in-law were covered inthe grave by the rubbish; and, after lying seven hours

Text Appearing After Image:
.Female S extern, £ NEW YORK 3L!C LIBRARY ASTOtt, LKNJl ANC T1LDKN /GUN DAT IONS * L GEORGE IT,] REMARKABLE PERSONS, 269 in this dismal situation, were, to the astonishment ofevery one who witnessed the scene, dug out alive,but very severely injured. The former survived theaccident sixteen years, and the latter forty-three;dying at Kingston, April, 1773, aged 68. The death of Hesters father caused a vacancy forthe office of sexton, which she succeeded to imme-diately on her recovery from the effects of the acci-dent. She was a woman of a strong and robust con- o stitution, of a good countenance and complexion;but at the time the chapel fell on her, she received ahurt which prevented her ever afterwards from wear-ing stays. Her usual dress, in consequence, was amans waistcoat and hat, a long loose gown, and asilk-handkerchief tied round her neck; but on Sun-days and holidays she would dress extremely neat andclean, in a gown of the best fashion, a mob-cap, withfrilled border, gay ribb