Image from page 36 of "Mazes and labyrinths; a general account of their history and developments" (1922) 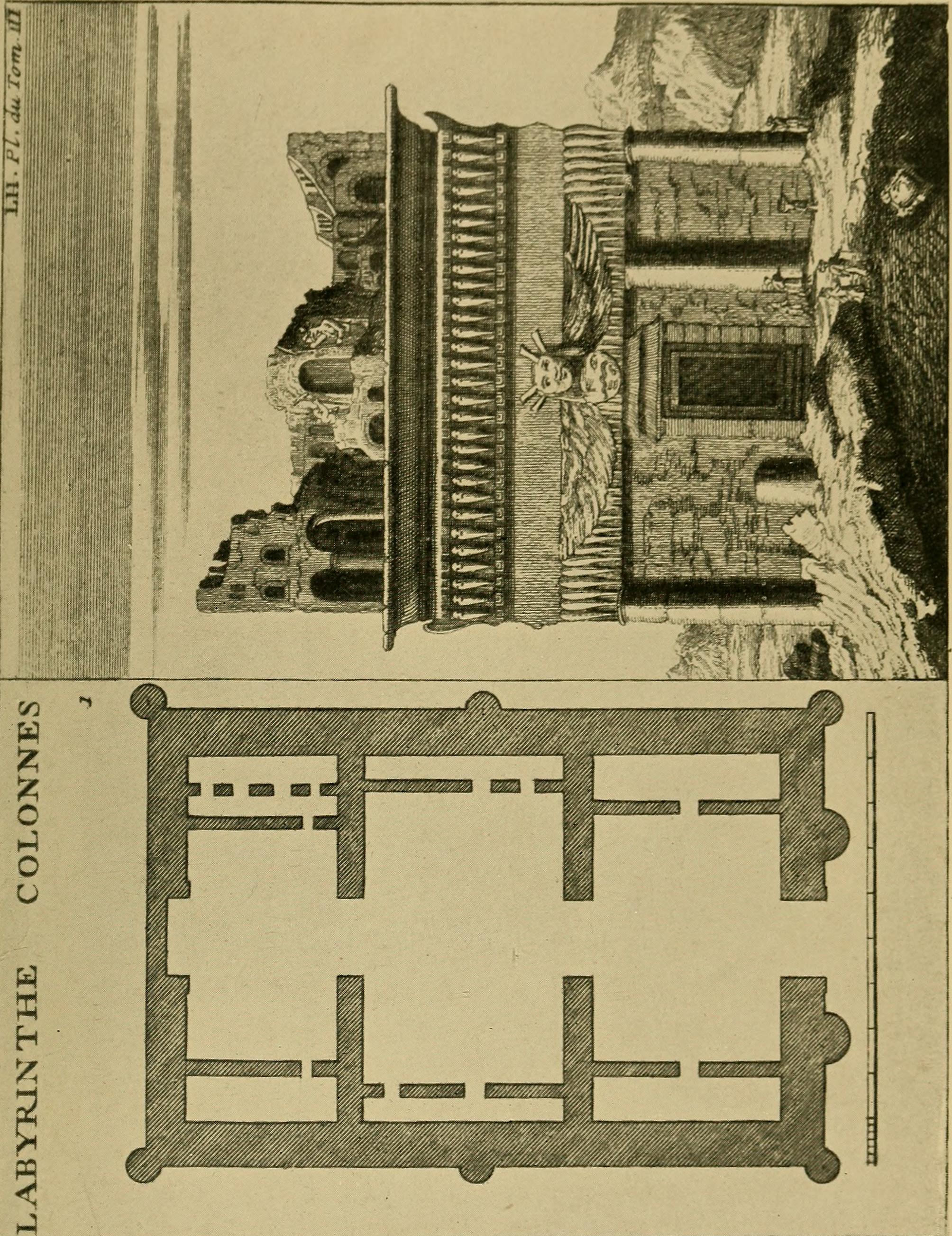 
Text Appearing Before Image:
ng about aleague from it, I observed several heaps as of ruins,covered with sand, and many stones all round as if therehad been some great building there: they call it the townof Caroon (Bellet Caroon). It seemed to have been of aconsiderable breadth from east to west, and the buildingsextended on each side towards the north to the LakeMoeris and the temple. This without doubt is the spotof the famous Labyrinth which Herodotus says was builtby the twelve kings of Egypt. He describes what hetakes to be the pyramid of the Labyrinth as a buildingabout 165 feet long by 80 broad, very much ruined, andsays it is called the Castle of Caroon. The neighbourhood was also explored by the archae-ologists who accompanied that remarkable expeditionsent out by Napoleon at the end of the eighteenth cen-tury, and one of them, Jomard, believed that he had dis-covered the ruins of the Labyrinth. In 1843 a Prussian expedition, under K. R. Lepsius,carried out considerable excavations in the locality and12

Text Appearing After Image:
oo l-J claimed to have established the actual site of the Laby-rinth, attaching great importance to a series of brickchambers which they unearthed. The data furnished bythis party, however, were not altogether of a convincingcharacter, and it was felt that further evidence was re-quired before their conclusions could be accepted. G. M. Ebers, a pupil of Lepsius, and one who didmuch to popularise the study of Egyptology by a seriesof novels, said that, if one climbed the pyramid hard by,one could see that the ruins of the Labyrinth had ahorseshoe shape, but that was all. The actual site of the Egyptian Labyrinth was finallyidentified by Professor Flinders Petrie in 18 8 8. He foundthat the brick chambers which Lepsius took to be partof the Labyrinth were only remains of the Roman townbuilt by its destroyers, the Labyrinth itself being sothoroughly demolished that only a great bed of frag-ments remained. Even from this dreary waste of stonechips, however, a few items of interest were di