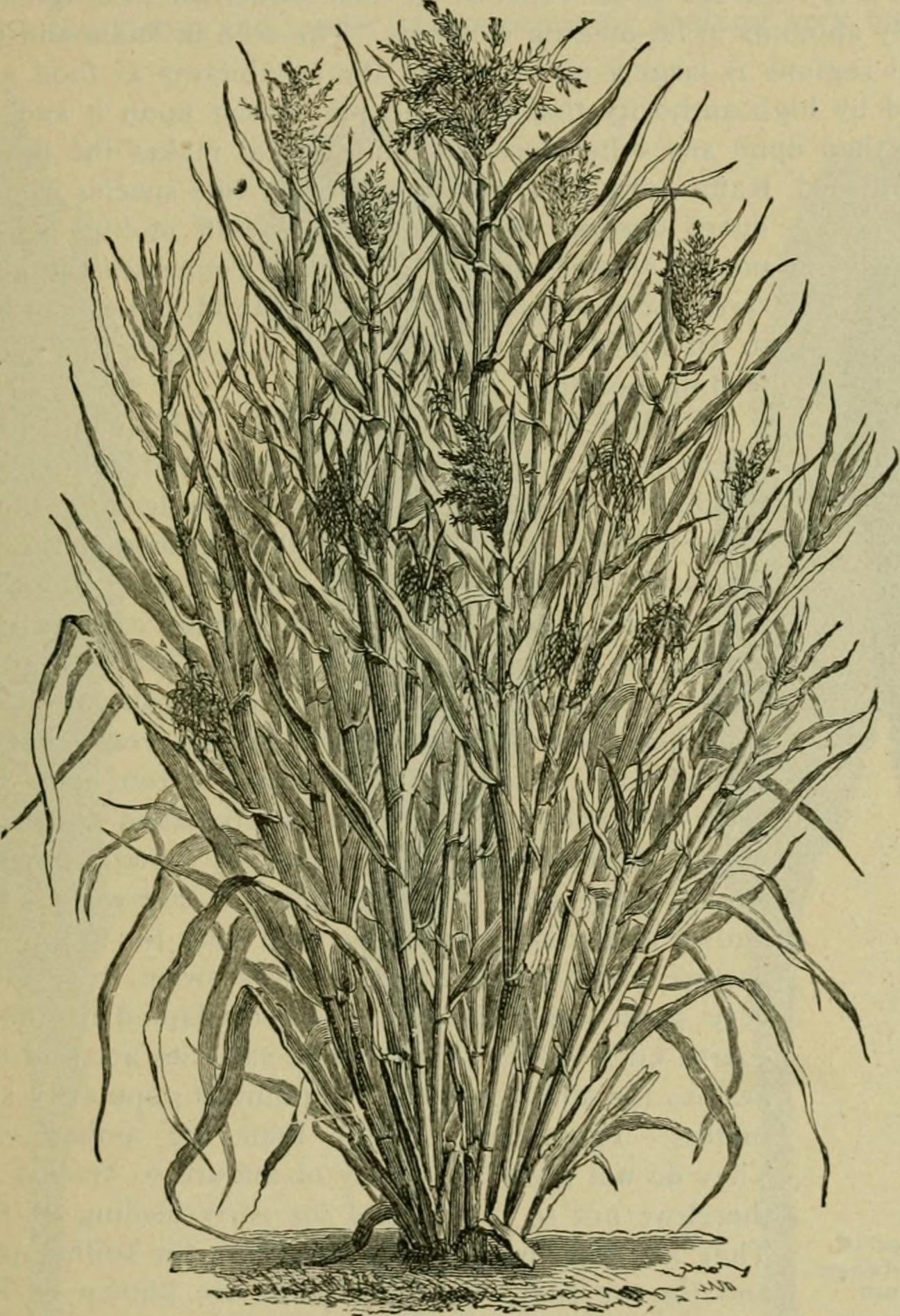 
Text Appearing Before Image:
Teosi -luichhriia ami, /•. liixiii in>, The uppermost cut in the fiffuie .shows themale inflorescence reduced one-lialf; to the liglitbelow is shown the feiuRle inflorescence mostlyconcealed within the slu-alhing leaf; to the leftbelow is shown a single female spike. R. Ajoint of the rachis ol the fem^ile spike. SI. Ter-minal portion of the stigma. 41 and set up in shocks. It has very little, if any advantage over corn whenthe latter is cut and put up before the blades are dry. Teosinte harvestedin the same way would probably have its greatest value and be most easilysaved at the smallest cost for labor. It is superior to corn as a foragecrop only in its capacity of giving a greater yield.

Text Appearing After Image:
Teosinte—Euchlcena Mexicana, E. lii.x iiriatis. Showing its robust character and habit of throwing up many stalks or culmsfrom a single root. SUGAR SORGHUAT—CHINESE SUGAR CORN—(.Wi,//«;« sac-charatum.)—(Hay, Pasture, Forage, Silo and for the Manu-facture of Syrup.Fifty years ago sugar sorghum or Chinese sugar-corn, was unknownin the United States. It is now grown to a greater or less extent in everysouthern state, all through the western states and as far north as Pennsyl- vania and New York and even in Canada. At first it was grown onlyfor the manufacture of syrup. It was soon discovered, however, that stockof all kinds ate it with a decided relish and that it kept them fat. About1880 it first began to be grown in Tennessee as food for cattle. It isnow grown extensively for forage in every part of the State and by manyfarmers it is regarded as far superior to corn fodder for feeding cattle. Itcertainly abounds in fat-making elements. The seed in India and in othertropical r