Image from page 305 of "Engraving and etching : a handbook for the use of students and print collectors" (1907) 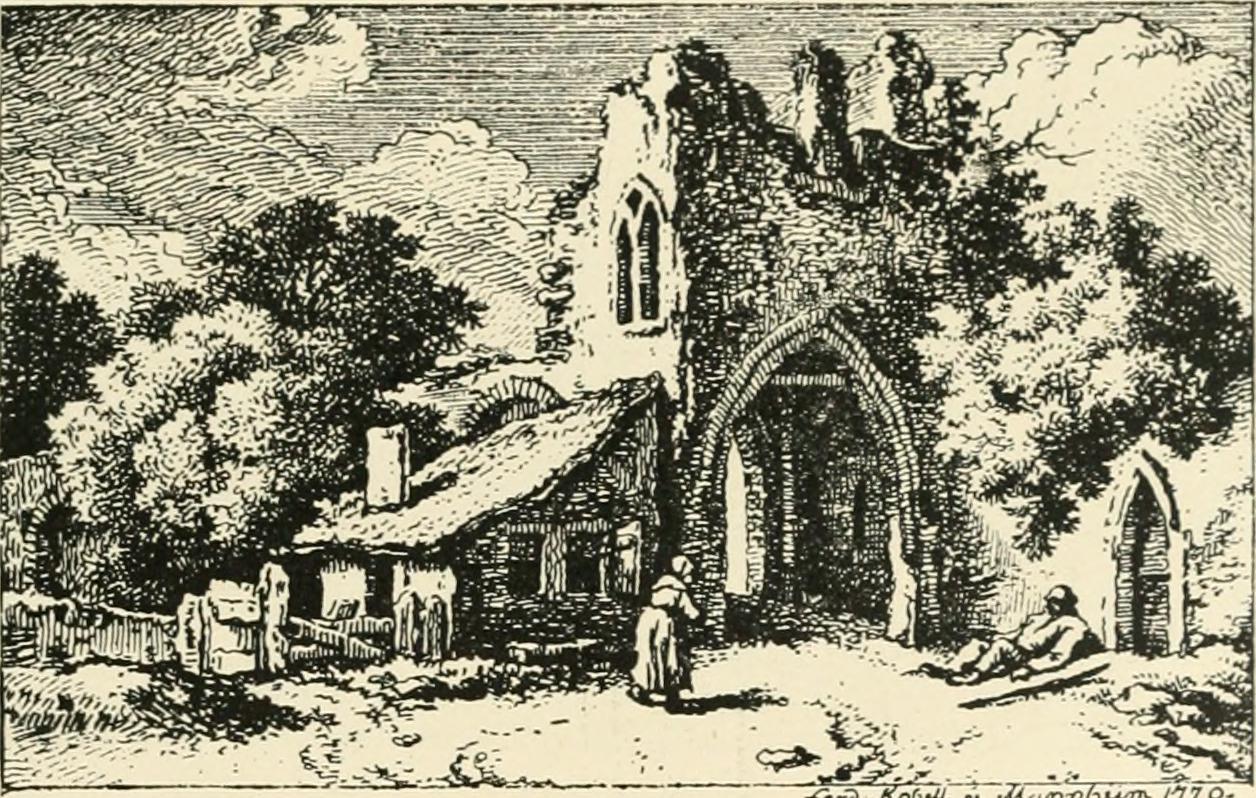 
Text Appearing Before Image:
Fig. 126. Bernhard Rode: Head of a Dying Warrior (detail). The etchers who worked in other parts of Germany falleven less easily into definite groups than .those of Berlin.Ferdinand Kobell (1740—1799) studied under Wille inParis, and worked at Mannheim and Munich, Hisetchings are usually small landscapes, in which he followsRuisdael, Everdingen, and Waterloo, always viewingnature as though with the eyes of his predecessor. In this FRANZ EDMUND WEIROTTER 285 respect he is somewhat akin to Dietrich. Friedrich Oeserof Leipzig (1717—1790) resembles the older Dutch etchersin his closeness and precision of execution, but his art hasno other connection with theirs. Franz Edmund Weirottcr (1730—1771) is one of themost fertile landscape etchers of the period. After study-ing under VVille in Paris he worked in Vienna, producingnumerous landscape plates mainly after old masters suchas Van Neer and Van Goyen, who gave a favourable

Text Appearing After Image:
Fig. 127. Ferdinand Kobell : Landscape. opportunity for the display of his sound technical ability.Karl Wilhelm Kolbe (born at Berlin 1757, died at Dresden1835) inclines towards the masters of classical landscapein his numerous and finely handled plates. He is eminentlyskilful in rendering luxurious vegetation, without, however,having any real understanding of plant form and w ithoutrising above a conventional treatment of foliage. Of thesame type is Johann Georg von Dillis (Munich, 1759—1841). Johann Christian Reinhardt (1761 —1847) workedmainly in Rome, but remained in close relationship to the 286 ENGRAVING IN GERMANY art of his native land. As a sympathetic and skilful etcherof Italian landscape scenery Reinhardt occupies a promi-nent place in his period. His numerous plates belong forthe most part to the early period of his residence inRome. At the beginning of the nineteenth centuryetching still had many supporters among German artists.