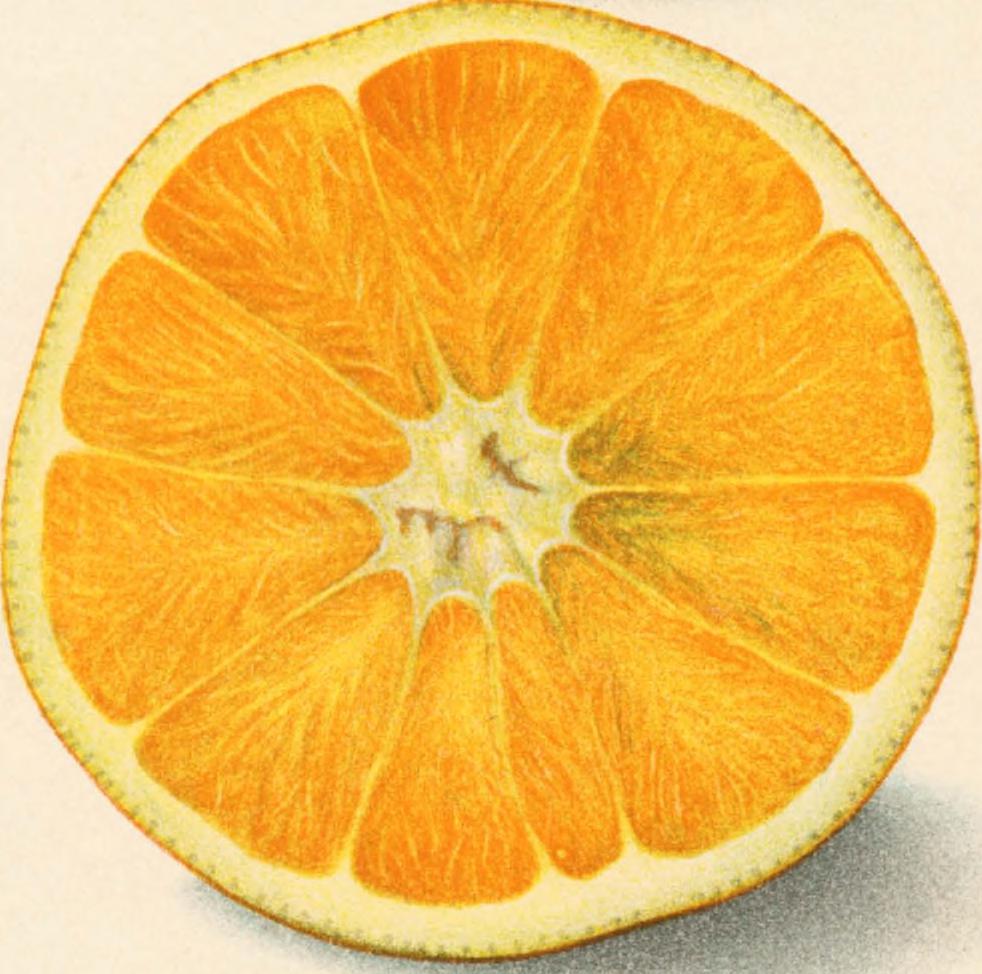 
Text Appearing After Image:
~4<4^c^°:£ryi A HOf-.-l Thomson Orange. PROMISING NEW FRUITS. 433 considered worthy of thorough test by those interested in plum grow-ing in the South. The specimen illustrated in Plate LIV was grown by the originatorat Jackson, Aiken County, S. C. PANARITI GRAPE.[PLATE LV.] The Panariti grape is one of the currant varieties, the fruit ofwhich when cured constitutes the dried currants of commerce.Botanically this group of grapes belongs to Vitis vinifercL, as do theother European varieties. They are largely grown in Greece and onsome of the island possessions of that country, including Cephaloniaand Zante. The principal districts on the mainland are in Morea,the ancient Peloponnesus. In these island and mainland districtsnearly the entire population is engaged in and dependent on thisindustry. The culture of these grapes in Greece has extended over manycenturies. According to Eisen,1 Pliny referred to them as early as75 A. D. as being grown there, though they appear to have no fu