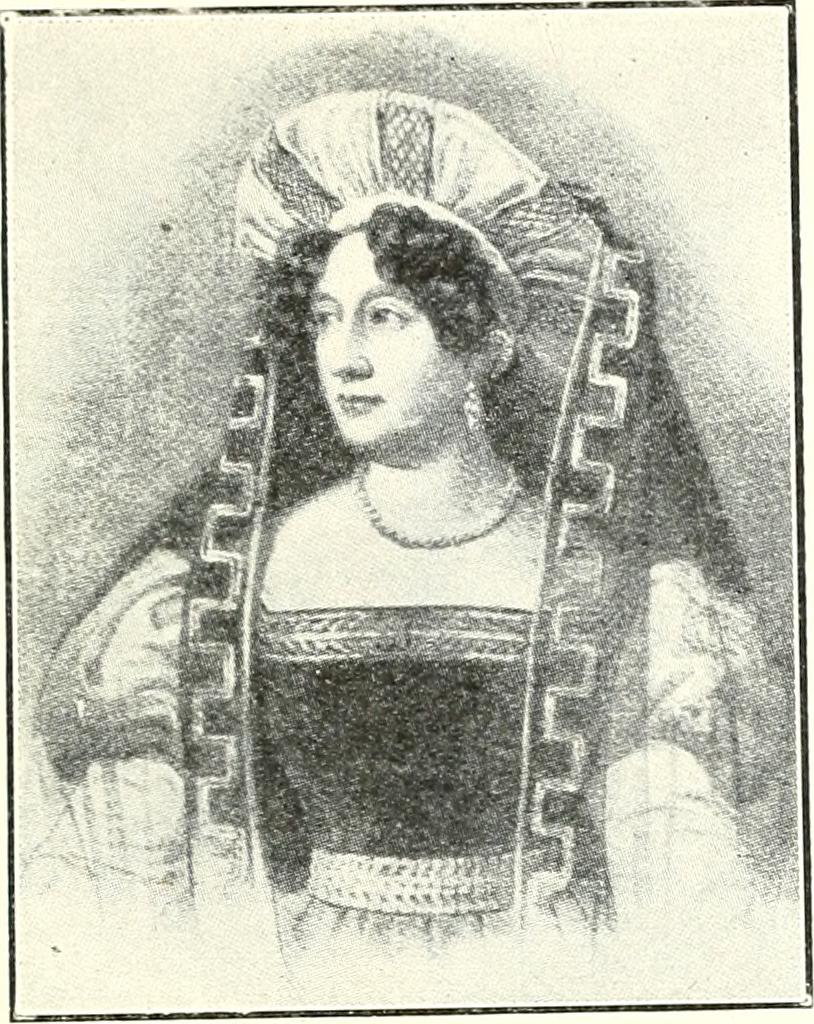 
Text Appearing Before Image:
^&^^iis^^ 1 ^v 1 1 1 Mr ^^1^ ^-^K-^.*!** 11 CHRISTIANA VULPIUS. On his rettirn from a journey to Italy Goethes relations toFrau von Stein had become cool. In 1788 he met Christiana Vulpiuswho handed him a petition in favor of her brother. She was thedaughter of a talented man, who, however, had lost his positionthrough love of liquor. The girl was a buxom country lass withrosy cheeks, and a simple-hearted disposition. Goethe brought herinto his home where she took charge of the household. A charm- goetiies relation to wo:\ikn. 107 ing little poem is dedicated to her which descrihes their meetino- ina figurative way. In the translation of Wilham Gihson it reads as follows: I walked in the woodland.And nothing sought;Simply to saunter—That was my thought. I saw in shadowA floweret rise,Like stars it glittered.Like lovclv eves. I would have plucked it.When low it spake:i\ly hloom to wither.Ah! wherefore hreak? I dug, and hore it.Its roots and all.To garden-shades of My pretty hall.

Text Appearing After Image:
CAROLINE VON HEYGENDORF, NEE JAGEM/XNN. .\nd planted now inA sheltered place,There grows it everAnd blooms apace. Goethe married Christiana October 19, 1806. In 1797 Caroline Jagemann, distinguished both as a singer andan actress, filled an engagement at the Weimar theater. She wasborn at Weiiuar on January 15, 1777, and began her career on thestage at Mannheim at the age of fifteen. Four years later she re-turned to her native city to take a leading place in both the operaand the drama. She was not only of unusual beauty and queenly 108 THE OPEN COURT. bearing, but was also distinguished by rare talent and gained thefavor of the Duke, who conferred nobility upon her under the nameof Frau von Heygendorf. Strange to say she is the only womanof Goethes acquaintance who was hostile to him. She used her in-fluence with the Duke to intrigue against the poet and caused himso much annoyance that he considered it a relief when in 1817 heresigned his position as director of the theater. In Apr