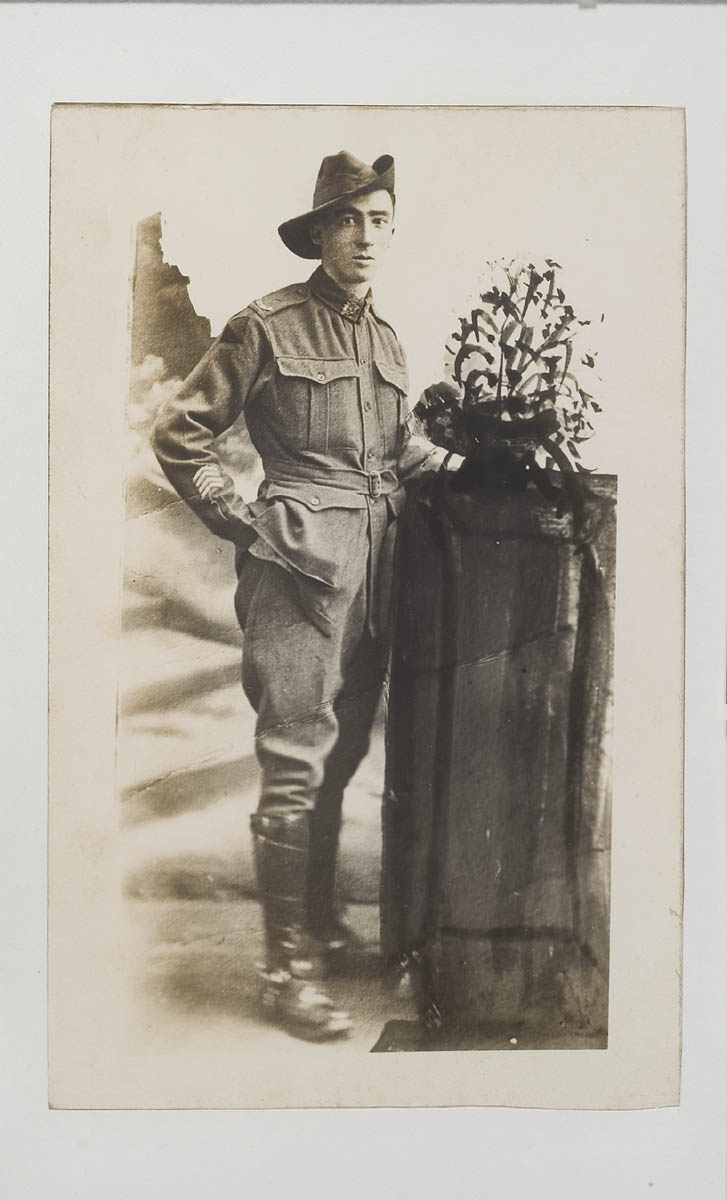 Try to find the date or year when this image was made.
Thanks for contributing!
Date of Birth: ca.1891
Date of Enlistment: 18.7.1915
Trade or Calling: Boot trade factory
Born in or near what Town: Glebe Point
Address prior to Enlistment: 22 Alice St Newtown
Rank, Number, Battalion, Distinctions: Pte 2395 18th Battalion late 19th B Coy; wounded at Pozieres Aug 1916; fought at Peronne, Amiens, Le Hamel, Accroche Wood, Mout Le Quentin, Villers Brettonneux
Casualities and where: Died of bronchial pneumonia in the 1st General Hospital, France 8.11.1918
Memorial Panel: 85
Cemetery or Memorial Details: France 122 Etretat Churchyard Extension
Name & Address of Next of Kin: Mrs Elizabeth Noble Foilan (Mother) "The only son of his mother and she was a widow" 22 Alice St Newtown
Name and last address of Father: John James Foilan
Source: AWM145 Roll of Honour cards, 1914-1918 War, Army
When asked for "any other biographical details likely to be of interest to the Historian of the AIF, or of his Regiment", his mother replied "I know of none; only that he lived and died a good living clean lad and no better son ever lived." (AWM Roll of Honour Database)
William Foilan had three cousins killed in action, one [was] Arthur Lane of Victoria, Pte 2707 60th Battalion who was awarded the Croix de Guerre