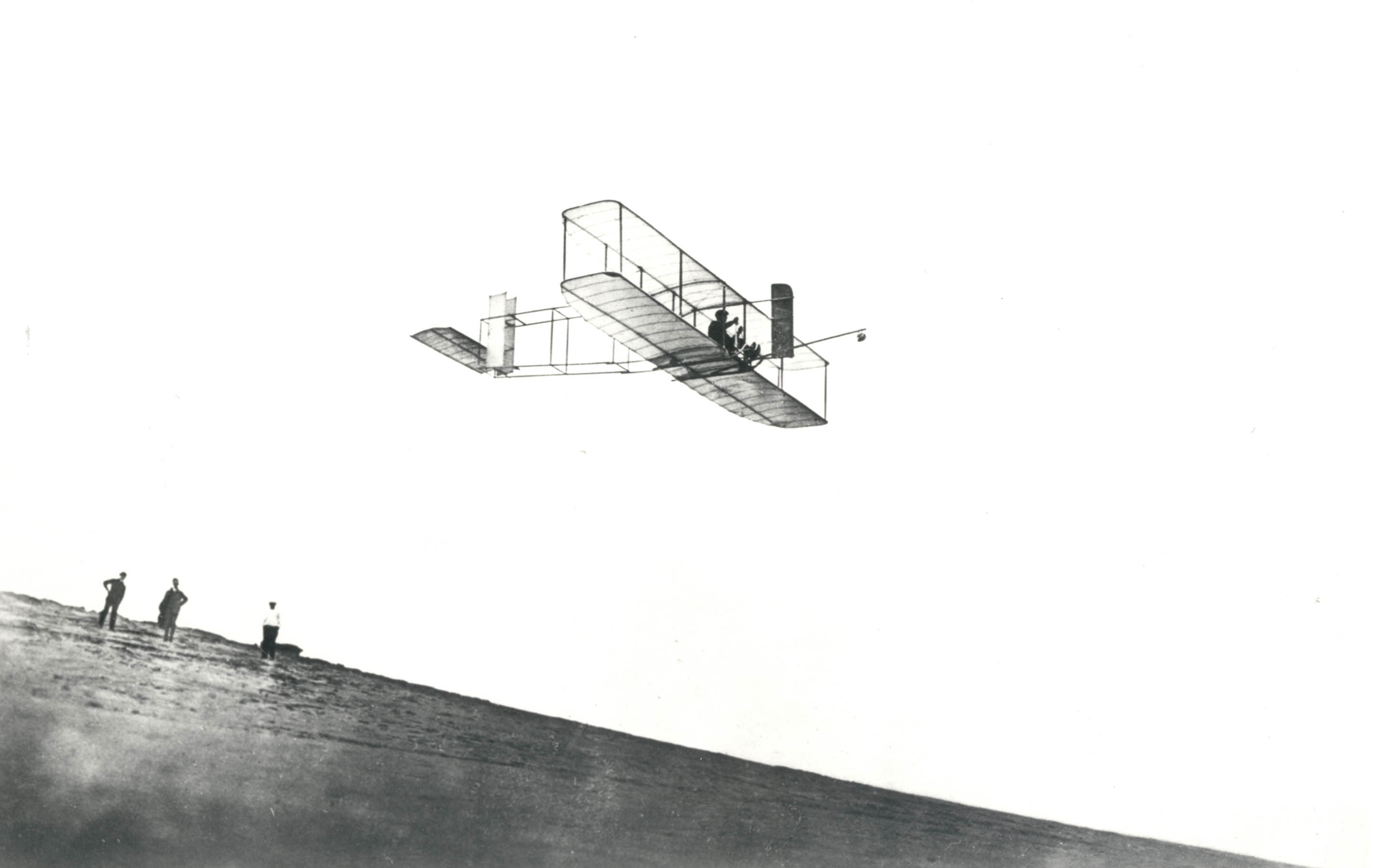 Try to find the date or year when this image was made.
Thanks for contributing!
(October 24, 1911) This photograph of Orville Wright in his glider at Kitty Hawk, North Carolina, was taken on October 24, 1911. His new glider broke all the previous gliding records by actually soaring and staying in flight for 9 minutes and 45 seconds. His record lasted for over a decade. Born on August 19, 1871, Orville Wright's birthday was was established in 1939 by Franklin Delano Roosevelt as National Aviation Day.