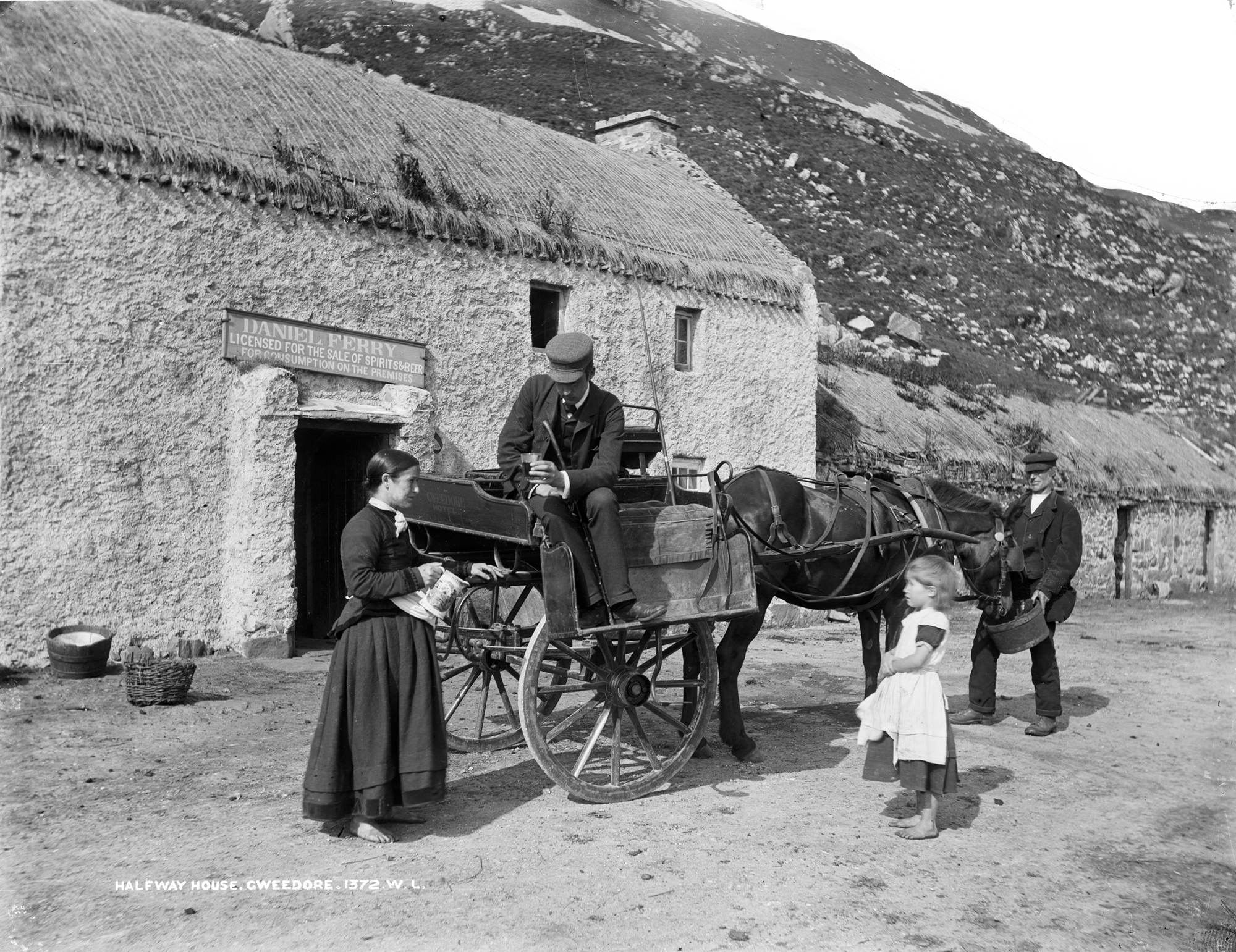 Try to find the date or year when this image was made.
Thanks for contributing!
Even by the standards of the time this photograph is very posed, but I hope you will enjoy it nonetheless. And we may be able to find out something about Daniel Ferry while we're at it. Plus, if known colloquially as the Halfway House, where was it halfway between?

Our long-time contributor ccferrie reports as follows identifing all the people in the photo!!

"My cousin found the same photo in her attic but with a full description of who is in the photo (see link below)
Daniel Ferry, his wife Ellen (Nellie), their daughter Biddie and Michael Coyle of Arduns. The photo was taken in 1884 and this newspaper clipping appears to be from 1979, presumably from a (very) local paper by the way it mentions local names with such familiarity.