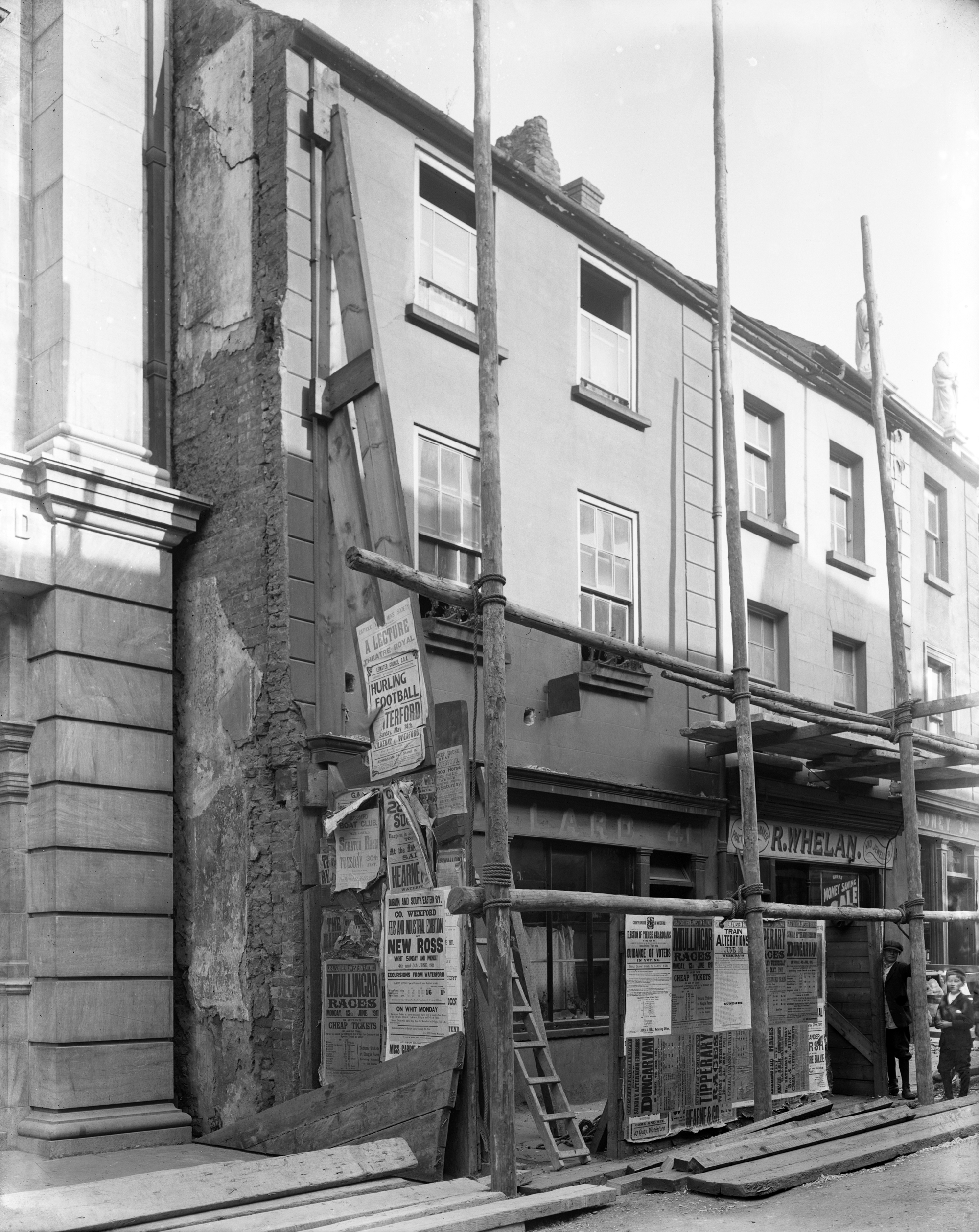 Try to find the date or year when this image was made.
Thanks for contributing!
Apologies for indulging my love of posters, but just look at them - waiting, willing, wanting to be explored!

It looks as if the local bill poster for Great Southern & Western Railways got up earlier in the morning, or worked later into the night than all the other bill posters in town. We get to enjoy them over 100 years later because Mrs Dollard at 41 Barronstrand Street in Waterford had a big building job done around the end of May 1911...