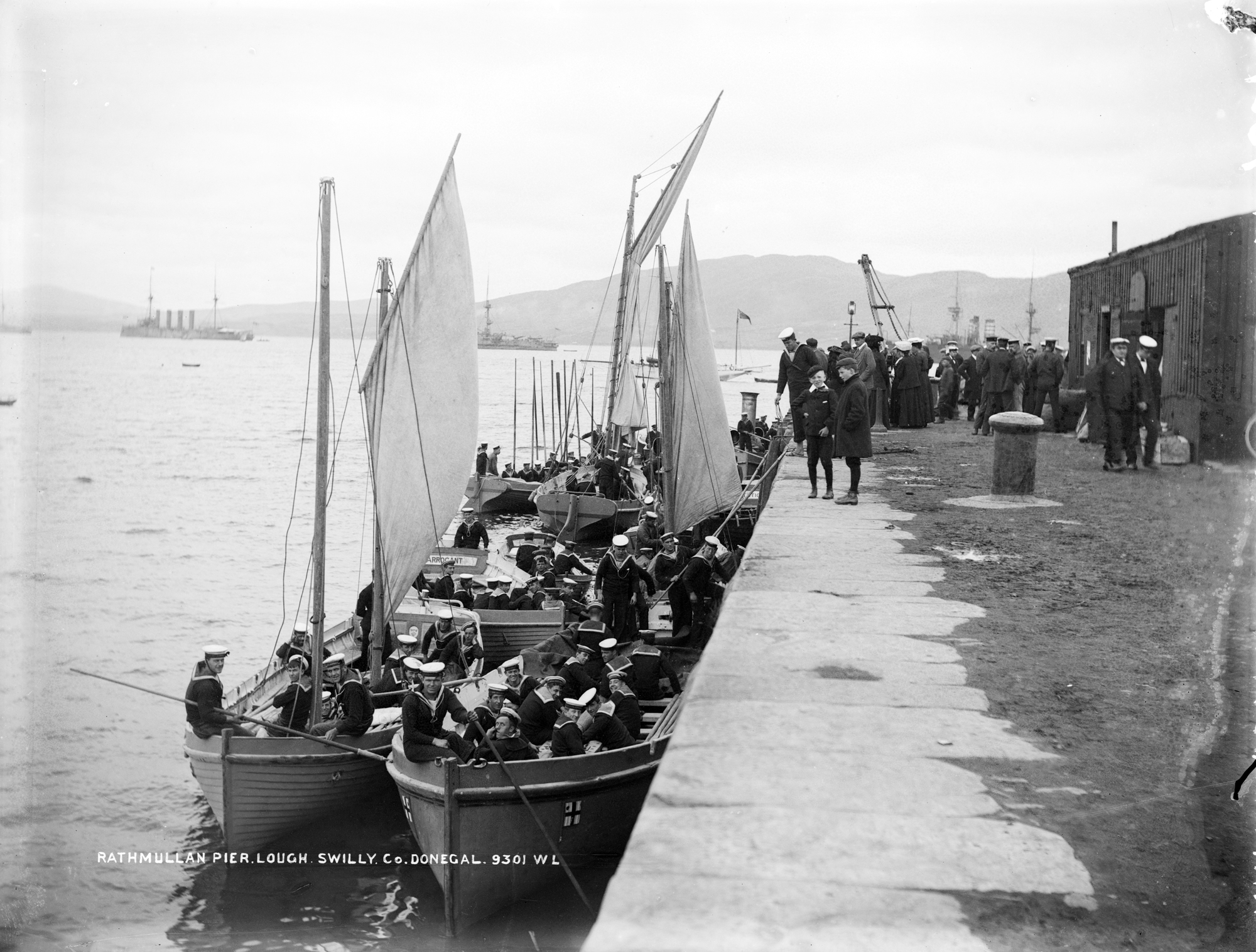 Try to find the date or year when this image was made.
Thanks for contributing!
... at Rathmullan Pier on Lough Swilly in Co. Donegal. At least I think that's what it says on their caps, which I studied at close quarters with great diligence, all in the pursuit of knowledge and not because all the nice girls love a sailor('s cap)!

+++ UPDATE +++
We are ridiculously grateful to j.ward152 for the excellent information contributed below, 7 years after we posted this photograph! "The picture was taken on or about 16 August 1906. The ship's boats visible are from a number of ships, not just HMS King Edward VII. The boat immediately astern of the one in the left foreground has the name "Arrogant" on the backboard in the sternsheets. Another alongside the pier has some letters of a similarly positioned name which can only be "Majestic". From this the event captured can only be the brief visit by RN ships made in August 1906 – no other similar visit had these three ships included..." Have a look at the whole comment here!