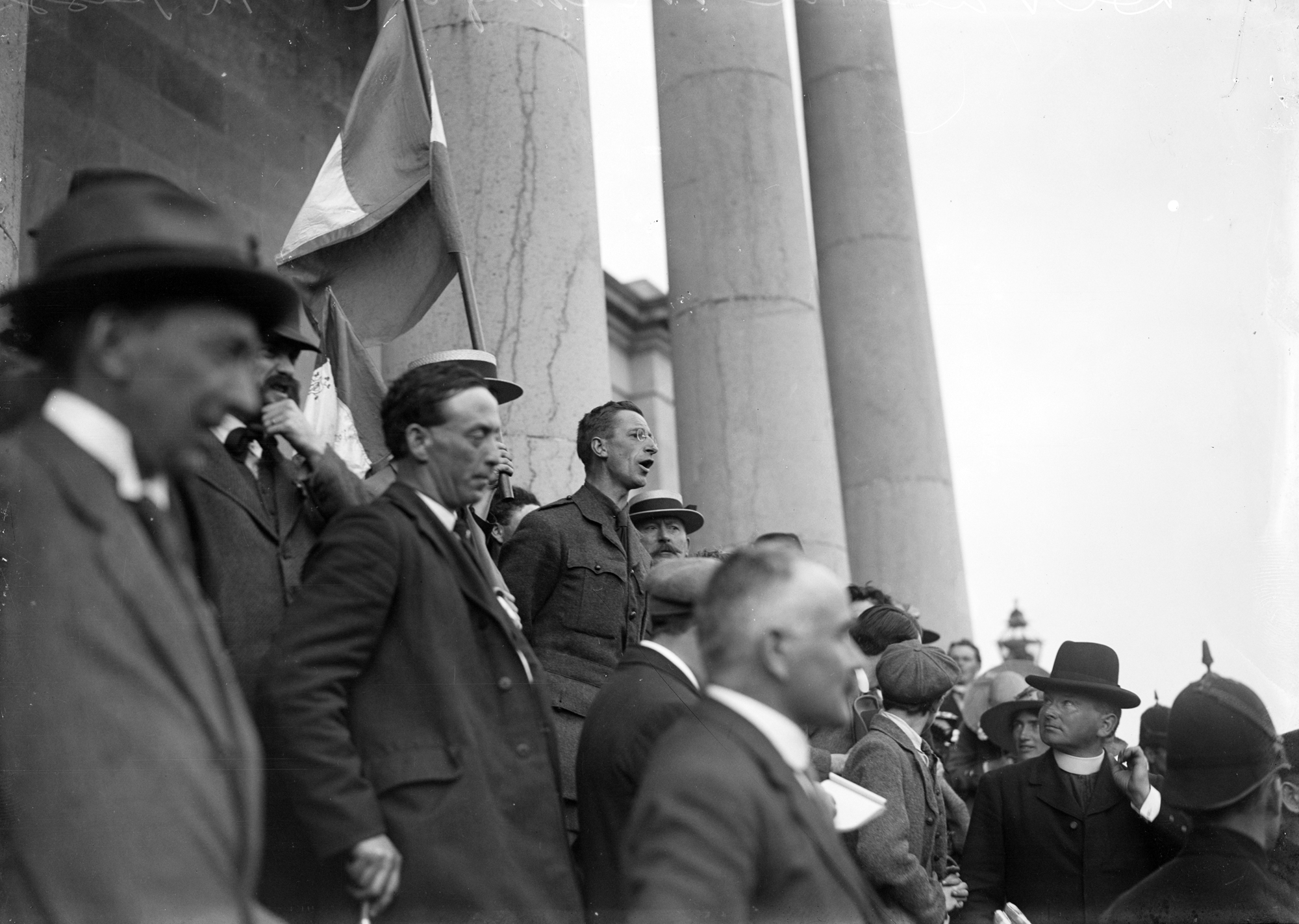 Try to find the date or year when this image was made.
Thanks for contributing!
Éamon de Valera in full flight on the steps of Ennis Court House, Co. Clare. Wanted to find out if this was in 1923 (rather than any other year in which the Long Fellow might have been electioneering), and also that he was arrested shortly after this speech. Thanks very much to DannyM8 for proving fairly conclusively that this photo was taken circa Wednesday, 11 July 1917!

As usual, any and all information about this photograph will be welcomed with open arms!